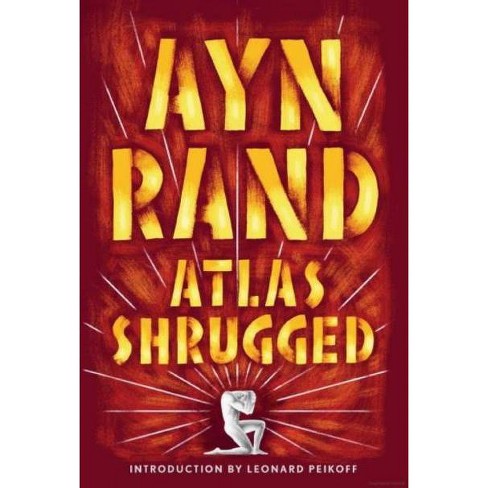 Peopled by larger-than-life heroes and villains, charged with towering questions of good and evil, Atlas Shrugged is Ayn Rand's magnum opus: a philosophical revolution told in the form of an action thriller--nominated as one of America's best-loved novels by PBS's The Great American Read. Who is John Galt? When he says that he will stop the motor of the world, is he a destroyer or a liberator? Why does he have to fight his battles not against his enemies but against those who need him most? Why does he fight his hardest battle against the woman he loves? You will know the answer to these questions when you discover the reason behind the baffling events that play havoc with the lives of the amazing men and women in this book. You will discover why a productive genius becomes a worthless playboy...why a great steel industrialist is working for his own destruction...why a composer gives up his career on the night of his triumph...why a beautiful woman who runs a transcontinental railroad falls in love with the man she has sworn to kill. Atlas Shrugged, a modern classic and Rand's most extensive statement of Objectivism--her groundbreaking philosophy--offers the reader the spectacle of human greatness, depicted with all the poetry and power of one of the twentieth century's leading artists.

Born February 2, 1905, Ayn Rand published her first novel, We the Living, in 1936. Anthem followed in 1938. It was with the publication of The Fountainhead (1943) and Atlas Shrugged (1957) that she achieved her spectacular success. Rand's unique philosophy, Objectivism, has gained a worldwide audience. The fundamentals of her philosophy are put forth in three nonfiction books, Introduction to Objectivist Epistemology, The Virtues of Selfishness, and Capitalism: The Unknown Ideal. They are all available in Signet editions, as is the magnificent statement of her artistic credo, The Romantic Manifesto.
If the item details above aren’t accurate or complete, we want to know about it. Report incorrect product info.