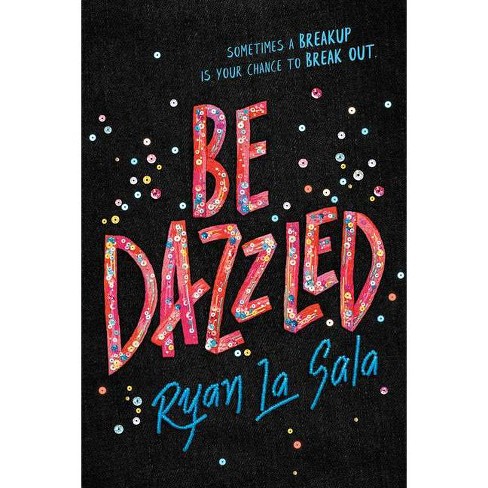 Seventeen-year-old Raffy is determined to win a cosplay competition that could lead to art school admission and respect for his talent, but being paired with his main competitor, ex-boyfriend Luca, complicates things.

Project Runway goes to Comic Con in an epic queer love story from the author of Reverie about creativity, passion, and finding the courage to be your most authentic self.

Raffy has a passion for bedazzling. Not just bedazzling, but sewing, stitching, draping, pattern making--for creation. He's always chosen his art over everything--and everyone-- else and is determined to make his mark at this year's biggest cosplay competition. If he can wow there, it could lead to sponsorship, then art school, and finally earning real respect for his work. There's only one small problem... Raffy's ex-boyfriend, Luca, is his main competition.

Raffy tried to make it work with Luca. They almost made the perfect team last year after serendipitously meeting in the rhinestone aisle at the local craft store--or at least Raffy thought they did. But Luca's insecurities and Raffy's insistence on crafting perfection caused their relationship to crash and burn. Now, Raffy is after the perfect comeback, one that Luca can't ruin.

But when Raffy is forced to partner with Luca on his most ambitious build yet, he'll have to juggle unresolved feelings for the boy who broke his heart, and his own intense self-doubt, to get everything he's ever wanted: choosing his art, his way.

Praise for Reverie:
B&N's YA Book Club Pick * Walmart Buzz Pick * Indie Next Pick * Book of the Month Club YA Box
This outstanding debut novel will light readers' imaginations on fire...Imaginative, bold, and full of queer representation, this is a must-purchase for YA collections.--School Library Journal *STARRED REVIEW*
This fantasy offers readers something wonderfully new and engaging...a gem of a novel that is as affirming as it is entertaining.--The Bulletin of the Center for Children's Books
The story's many LGBTQ characters are prominently represented and powerfully nuanced.--Publishers Weekly
A darkly imagined, riveting fantasy... thrilling.--Shelf Awareness
Joyously, riotously queer... The themes of creating one's own reality and fighting against the rules imposed by the world you're born into will ring powerfully true for many young readers.--Kirkus Reviews

Heartfelt and hilarious, Be Dazzled is an artfully crafted ode to teen ambition and first love. From the book's charming cast to Raffy's quick-witted voice, La Sala's contemporary debut simply dazzles. - -Phil Stamper, bestselling author of The Gravity of Us

A charming, geeky love story filled with all the con drama readers could wish for - Kirkus Reviews

A crafty queer romance about self-acceptance, and a delightful addition to YA collections. - School Library Journal

A sequin-filled romance that's also a love letter to the craft and creativity of cosplay. - Publishers Weekly, STARRED Review

La Sala (Reverie, 2019) crafts a fabulously gay story of hope, friendship, and love worth fighting for. Queer nerds, rejoice! - Booklist
If the item details above aren’t accurate or complete, we want to know about it. Report incorrect product info.