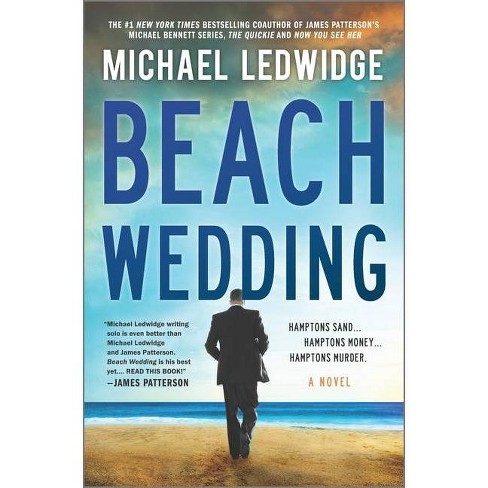 When Terry Rourke is invited to a small town in the Hamptons for his brother's wedding, he can't help but take another look at a decades-old murder trial there that rocked the very foundations of his family.

A high-society wedding party stirs up new evidence in an unsolved murder in this thrilling stand-alone from the New York Times bestselling coauthor of James Patterson's Now You See Her and The Quickie.

When Terry Rourke is invited to the spare-no-expense beach wedding of his hedge fund manager brother, he thinks that his biggest worry will be flubbing the champagne toast. But this isn't the first time Terry has been to the Hamptons.

As the designer tuxedos are laid out and the flowers arranged along the glittering surf, Terry can't help but take another look at a decades-old murder trial that rocked the very foundations of the town--and his family. He soon learns that digging up billion-dollar sand can be a very dangerous activity. The kind of danger that can very quickly turn even the most beautiful beach wedding into a wake.

"Beach Wedding gives the reader a front-row seat into the glitz and glamour of the Hamptons while revealing the sordid underbelly." --Novels Alive "Ledwidge... shines in portraying the simmering culture clash that is life in rich towns as well as the best parts--love, humor, protectiveness--of life in close clans." --First Clue


"Fans of cold case novels will enjoy this story with its unexpected twists." --Library Journal


""Overall, this was suspenseful with a great mystery and compelling characters that kept me turning the pages. It is well worth the read and provides entertainment, thoughtful moments, and thrills. This is the third solo book that I've read by Ledwidge and I'm looking forward to reading more books by him." --Mystery and Suspense Magazine


""[W]hat we don't expect is the final plot twist that upends everything we --- and Terry --- thought was fact. It's a very satisfying read, one that will have you turning pages and actually caring about the outcome." --BookReporter Praise for Michael Ledwidge "This one's for fans of the Die Hard movie franchise." --Publishers Weekly on Run for Cover "Ledwidge knows how to tell a fast-paced story, and he has created an appealing maverick hero... Give this one to those who remember and still love John D. MacDonald's Travis McGee." --Booklist on Stop at Nothing "This book [is] worthy of going to the top of your must-read list, thanks to Ledwidge's peerless setup and execution of each and every scene." --Bookreporter on Stop at Nothing "A fast-paced thriller by an author who has mastered his craft, with lots of action, knowing detail, plenty of twists and turns and characters to cheer or hiss." --Forbes on Stop at Nothing