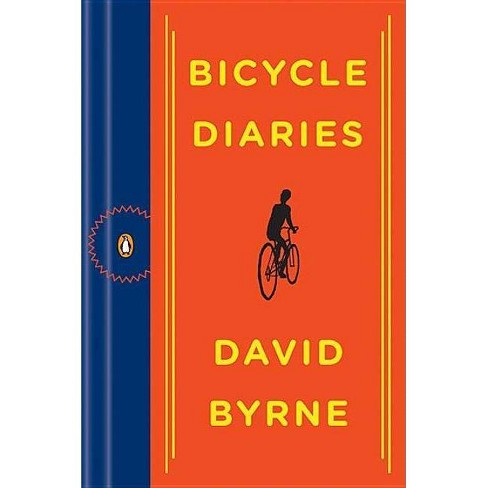 A round-the-world bicycle tour with one of the most original artists of our day. A national bestseller, "Bicycle Diaries"--part travelogue, part journal, part photo album--is a behind-the-handlebars celebration of seeing the world from the seat of a bike. b&w photos.

A round-the-world bicycle tour with one of the most original artists of our day.

Urban bicycling has become more popular than ever as recession-strapped, climate-conscious city dwellers reinvent basic transportation. In this wide-ranging memoir, artist/musician and co-founder of Talking Heads David Byrne--who has relied on a bike to get around New York City since the early 1980s--relates his adventures as he pedals through and engages with some of the world's major cities. From Buenos Aires to Berlin, he meets a range of people both famous and ordinary, shares his thoughts on art, fashion, music, globalization, and the ways that many places are becoming more bike-friendly. Bicycle Diaries is an adventure on two wheels conveyed with humor, curiosity, and humanity.

Entertaining . . . newcomers will enjoy these off-the-cuff sketches from an unpretentious cultural polymath; acolytes will cherish a closer look at Byrne's weird, wonderful brain chemistry.
--Time Out New York Whether you are a cyclist or not, Byrne's insights into everything from outside art to aboriginal folklore are wry, witty, and more often than not, wise as well.
--The Philadelphia Inquirer Reading Bicycle Diaries makes cosmic indifference a lot easier to deal with.
--The Seattle Times

A cofounder of the musical group Talking Heads, David Byrne has also released several solo albums in addition to collaborating with such noted artists as Twyla Tharp, Robert Wilson, and Brian Eno. His art includes photography and installation works and has been published in five books. He lives in New York and he recently added some new bike racks of his own design around town, thanks to the Department of Transportation.
If the item details above aren’t accurate or complete, we want to know about it. Report incorrect product info.