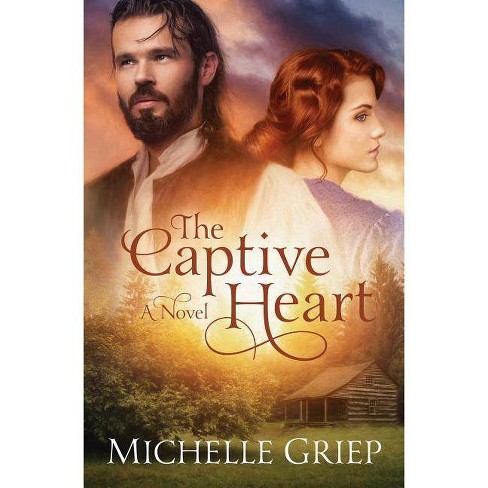 Eleanor Morgan's new life in the British colonies is anything but a fresh start when the only option she finds on the shores of the new world is marriage to a man she's never met.

The wild American wilderness is no place for an elegant English governess On the run from a brute of an aristocratic employer, Eleanor Morgan escapes from England to America, the land of the free, for the opportunity to serve an upstanding Charles Town family. But freedom is hard to come by as an indentured servant, and downright impossible when she's forced to agree to an even harsher contract-marriage to a man she's never met. Backwoodsman Samuel Heath doesn't care what others think of him-but his young daughter's upbringing matters very much. The life of a trapper in the Carolina backcountry is no life for a small girl, but neither is abandoning his child to another family. He decides it's time to marry again, but that proves to be an impossible task. Who wants to wed a murderer? Both Samuel and Eleanor are survivors, facing down the threat of war, betrayal, and divided loyalties that could cost them everything, but this time they must face their biggest challenge ever . . .Love.

Griep's beautifully drawn protagonists and authentic depictions of the harshness of 18th-century American frontier life is not to be missed. A sure bet for fans of historical romance.-- (08/01/2016)

This is everything a historical romance should be! The writing is eloquent and poetic, the story captivating and redemptive. Heartpounding adventure shares the page with sizzling romantic tension, and colonial South Carolina wilderness comes alive as the backdrop. Samuel and Eleanor are strong main characters, and their chemistry is nearly instantaneous and electrically palpable. A host of vivid supporting characters add dimension and color, as well as danger and intrigue. Fans of colonialera fiction need to make sure this latest offering from Michelle Griep is on their must-read list!-- (08/01/2016)

"The Captive Heart is filled with heart-tripping action and romantic tension between a half-Cherokee frontiersman and a proper English governess. Quickly engaging, fast-paced, and set on the American frontier, the novel reminded me of The Last of the Mohicans in all the right ways. Well done, Michelle Griep!"
-Julie Klassen, bestselling author

"Bold and captivatingly beautiful, Captive Heart is a book destined for accolades. Fans of the movies The Patriot and Last of the Mohicans have found new characters to love in Samuel and Eleanor. A masterpiece, from first page to last."
-Elizabeth Ludwig, author of Tide and Tempest

"I am adding Michelle Griep to my list of favorite authors!"
-Laura Frantz, author of The Mistress of Tall Acre

"Reminiscent of the wildness, adventure, and romance of The Last of the Mohicans, Captive Heart sizzles on every page. This is Michelle Griep's best book yet and one that played out before my eyes like an epic movie I kept wanting to watch over and over."
-MaryLu Tyndall, author of the award-winning Legacy of the King's Pirates

Oh, wow! Not enough praise can be given to Michelle Griep's The Captive Heart. This riveting, action-packed adventure set on the American frontier will leave you breathless with its beauty and power. By far, my favorite book of the year.
--Margaret Brownley, author of Left at the Altar