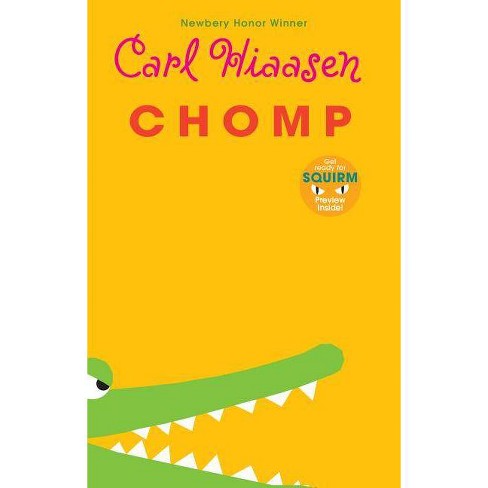 undefined out of 5 stars with 0 reviews
be the first!be the first! ratings
Format Paperback
Help us improve this page

When the difficult star of a reality television show disappears while filming an episode in the Florida Everglades using animals from the wildlife refuge run by Wahoo Crane's family, Wahoo and classmate Tuna Gordon set out to find him while avoiding Tuna's gun-happy father.

In this hysterical #1 New York Times bestseller, one kid has to wrangle gators, snakes, bats that bite, and a reality show host gone rogue! This is Carl Hiaasen's Florida--where the creatures are wild and the people are wilder! When Wahoo Cray's dad--a professional animal wrangler--takes a job with a reality TV show called Expedition Survival!, Wahoo figures he'll have to do a bit of wrangling himself to keep his father from killing Derek Badger, the show's inept and egotistical star. But the job keeps getting more complicated: Derek Badger insists on using wild animals for his stunts; and Wahoo's acquired a shadow named Tuna--a girl who's sporting a shiner courtesy of her father and needs a place to hide out. They've only been on location in the Everglades for a day before Derek gets bitten by a bat and goes missing in a storm. Search parties head out and promptly get lost themselves. And then Tuna's dad shows up with a gun . . . It's anyone's guess who will actually survive Expedition Survival. . . "Only in Florida--and in the fiction of its native son Carl Hiaasen--does a dead iguana fall from a palm tree and kill somebody." --New York Post "Chomp is a delightful laugh-out-loud sendup of the surreality of TV that will be enjoyed by readers of all ages." --Los Angeles Times

"Mystery, action, humor, and exotic animals and settings, all tied together by a writer with an exceptional grasp of language, makes this a sure hit with any mystery-loving readers." --School Library Journal, starred review "Hiaasen's best for a young audience since Newbery Honor Hoot (2002) features a shy, deep-feeling protagonist who's also a pragmatist and plenty of nature info and age-appropriate cultural commentary.... Humorous adventure tales just don't get any more wacked...or fun to read than this." --Kirkus Reviews, starred review "Chomp shines in its humorous, subtle tweaks on pop culture. . . . The real satisfaction, however, is not so much in the book's humor but in its truth." --Time Out Chicago Kids

CARL HIAASEN was born and raised in Florida. He writes a column for the Miami Herald and is the author of many bestselling novels including Bad Monkey, Razor Girl, and Squeeze Me.

His books for younger readers include the Newbery Honor winner Hoot, as well as Flush, Scat, Squirm, and Chomp. Skink--No Surrender was Hiaasen's first book for teens and features one of his most iconic characters, the reclusive ex-governor of Florida now known as Skink. You can read more about Hiaasen's work at carlhiaasen.com.
If the item details above aren’t accurate or complete, we want to know about it. Report incorrect product info.