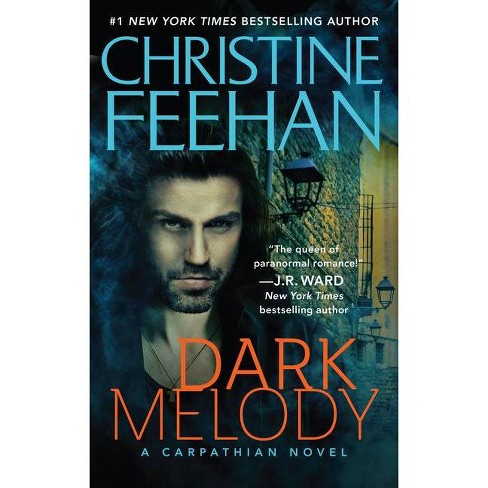 Searching for the woman he is destined to spend his life with, Dayan, the lead guitarist of the Dark Troubadors and a powerful Carpathian, finds his soulmate in the form of Corinne Wentworth, a beautiful mortal running from her past.

They were masters of the darkness, searching through eternity for a mistress of the light...

Lead guitarist of the Dark Troubadours, Dayan was renowned for his mesmerizing performances. His melodies stilled crowds, beckoned, seduced, tempted. And always, he called to her. His lover. His lifemate. He called to her to complete him. To give him the emotions that had faded from his existence, leaving him an empty shell of growing darkness. Save me. Come to me.

Corinne Wentworth stood at the vortex of a gathering storm. Pursued by the same fanatics who'd murdered her husband, she was risking her life by keeping more than on secret. Fragile, delicate, vulnerable, she had an indomitable faith that made her fiery surrender to Dayan all the more powerful. This was the e woman whose loss would destroy him, even as her love promised to heal his soul.

"Feehan has a knack for bringing vampiric Carpathians to vivid, virile life in her Dark Carpathian novels."--Publishers Weekly

"[A] compelling and spectacular series. The amazingly prolific author's ability to create captivating and adrenaline-raising worlds is unsurpassed."--Romantic Times

"After Bram Stoker, Anne Rice, and Joss Whedon (who created the venerated Buffy the Vampire Slayer), Feehan is the person most credited with popularizing the neck gripper."--Time magazine

"The queen of paranormal romance! The one who started it all! I love everything she does."--New York Times bestselling author J.R. Ward
If the item details above aren’t accurate or complete, we want to know about it. Report incorrect product info.