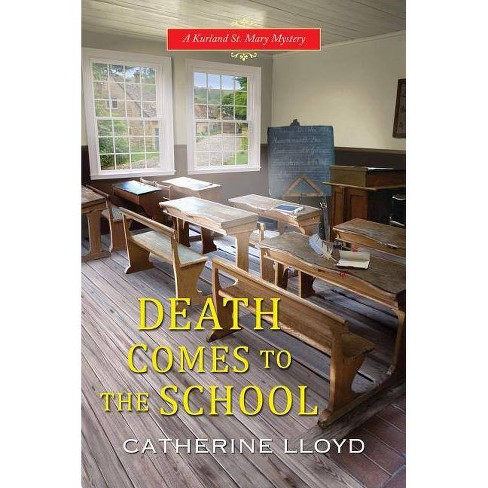 Includes an excerpt from Death comes to Bath.

In the English village of Kurland St. Mary, few things are worse than having one's reputation besmirched. A struggling marriage is one. Murder is another . . .

Three years have passed since Major Sir Robert Kurland and Lucy Harrington, the rector's daughter, became husband and wife. Having established a measure of contentment among the local gentry, the couple lately have found an unsettling distance grown between them. But when the small-village peace is disrupted by an anonymous letter accusing Lucy of witchcraft, her as yet unfulfilled desire to be a mother becomes the least of her worries, especially after she learns she is not the only one to have received such a malicious letter. Speculation only escalates when the village schoolteacher, Miss Broomfield, is discovered murdered at her classroom desk. Was the unlikeable teacher the letter writer, and if so, who killed her and why? Despite her husband's objections, Lucy offers to help out at the school until a replacement can be found, hoping the children might inadvertently reveal a clue, but by doing so she may be putting her own life at risk . . .

Catherine Lloyd was born just outside London, England, into a large family of dreamers, artists, and history lovers. She completed her education with a master's degree in history at the University College of Wales, Aberystwyth, and uses the skills she gained there to research and write her historical mysteries. Catherine currently lives in Hawaii with her husband and four children. Her website is located at www.catherine-lloyd.com.
If the item details above aren’t accurate or complete, we want to know about it. Report incorrect product info.