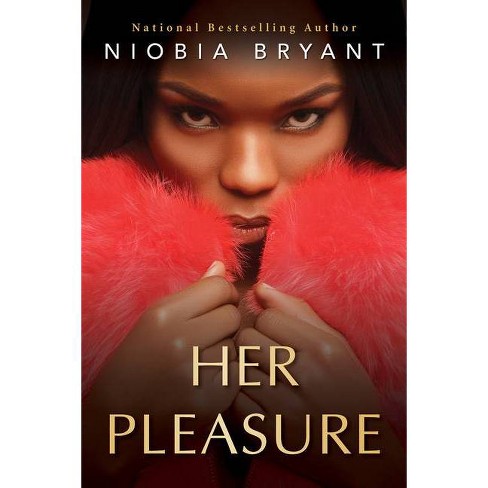 National bestselling author Niobia Bryant serves up a scorchingly sexy and scandalous new Mistress Series installment about finding love, reigniting passion, keeping secrets--and way too many incendiary lies... After surviving a shattering betrayal by a former friend, Jaime Pine has every reason to celebrate. Stronger and savvier after her perfect marriage crashed-and-burned, Jaime now has Luc, a billionaire music mogul willing to give her everything, including a dazzling career, and what looks like a forever happily-ever-after. Until a no-limits island vacation with her best friends turns up the last person Jaime ever expected to see again... Unforgettable Graham Walker, aka Pleasure, is an ex-escort skilled at mind-blowing sex. But now, after coming to terms with his own troubled past, Graham is a changed man. And Jaime finds him more irresistible than ever. Yet after one last no-holds-barred night together and a connection that can't be denied, Jaime decides to finally put Graham in the past and move on with her new life as planned. She accepts Luc's proposal of marriage--and then
discovers she's pregnant. Torn and confused, Jaime spins a desperate web of half-truths and lies-of-omission to protect both men--and herself--as she struggles to choose her path. But when her secrets explode in public, the choice is made for her. Can she deal with her mistakes honestly and do what's best for everyone involved?

Niobia Bryant is the award-winning and national bestselling author of more than thirty works of romance and commercial fiction. She is a two-time winner of RT Book Reviews' Best African-American/Multicultural Romance Award and received a Best Multicultural Fiction nomination for The Pleasure Trap. Want, Need, Love was a nominee for the Romance Slam Jam's Steamy Romance of the Year Emma Award. Her books have appeared in Ebony, Essence(R), The New York Post, The Star Ledger, The Dallas Morning News, Juicy magazine and many other national publications. Her bestselling book, Message from a Mistress, has been adapted to film. A proud native of Newark, New Jersey, Niobia currently resides in South Carolina where she writes full time. For more on this author who can't stop, won't stop, visit NiobiaBryant.com, her Official Facebook Fan Page, and Twitter.
If the item details above aren’t accurate or complete, we want to know about it. Report incorrect product info.