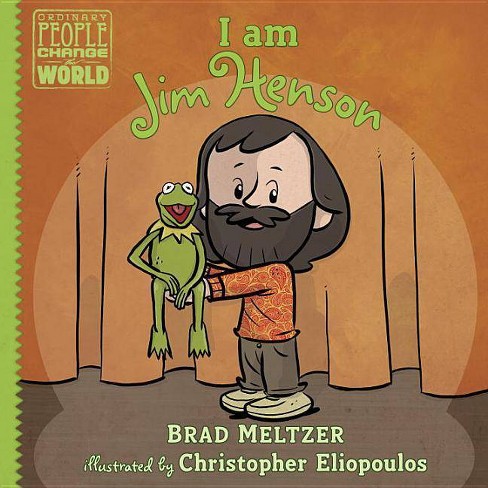 This volume focuses on Jim Henson, the creator of the Muppets and Sesame Street.

Jim Henson, the creator of the Muppets and Sesame Street, is the 11th hero in the New York Times bestselling picture book biography series for ages 5 to 8. Jim Henson, was always dreaming up something new, and always expressing his belief in the goodness of people. Henson was a born performer with a terrific sense of humor, and he used those talents to help create two of the most beloved programs in television history: The Muppet Show and Sesame Street. Through his Muppets, Jim showed the world that there's nothing more beautiful than imagination, especially when it's accompanied by laughter and kindness. This friendly, fun biography series inspired the PBS Kids TV show Xavier Riddle and the Secret Museum. One great role model at a time, these books encourage kids to dream big. Included in each book are: - A timeline of key events in the hero's history
- Photos that bring the story more fully to life
- Comic-book-style illustrations that are irresistibly adorable
- Childhood moments that influenced the hero
- Facts that make great conversation-starters
- A character trait that made the person heroic and that readers can aspire to You'll want to collect each book in this dynamic, informative series!