I Survived the Japanese Tsunami, 2011 ( I Survived) (Paperback) by Lauren Tarshis 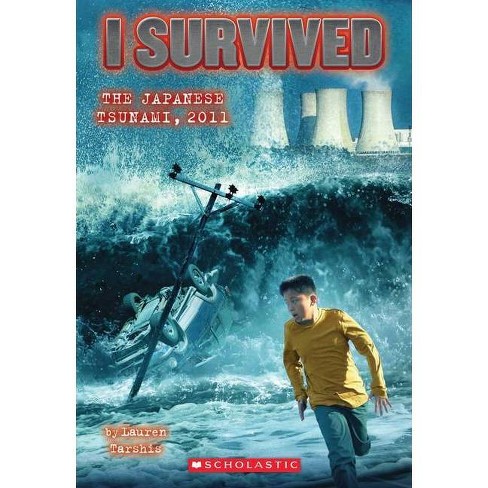 Eleven-year-old Japanese-American Owen has been in Japan for his sixth-grade year. By March, he finally feels like he's getting the hang of the new culture. But early one morning, everything changesNand Owen suddenly finds himself just trying to survive one of history's most devastating disasters.

The disaster felt around the world . . .Visiting his dad's hometown in Japan four months after his father's death would be hard enough for Ben. But one morning the pain turns to fear: first, a massive earthquake rocks the quiet coastal village, nearly toppling his uncle's house. Then the ocean waters rise and Ben and his family are swept away-and pulled apart-by a terrible tsunami.Now Ben is alone, stranded in a strange country a million miles from home. Can he fight hard enough to survive one of the most epic disasters of all time?

Lauren Tarshis's New York Times bestselling I Survived series tells stories of young people and their resilience and strength in the midst of unimaginable disasters. Lauren has brought her signature warmth and exhaustive research to topics such as the September 11 attacks, the destruction of Pompeii, Hurricane Katrina, and the bombing of Pearl Harbor, among others. She lives in Connecticut with her family, and can be found online at laurentarshis.com.
If the item details above aren’t accurate or complete, we want to know about it.

I Survived the Galveston Hurricane, 1900 (I Survived #21) (Library Edition) - by Lauren Tarshis (Hardcover)

I Walk with Vanessa - by Kerascoët (Hardcover)