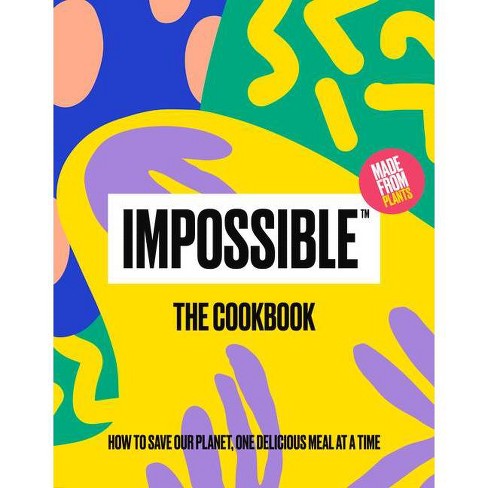 "All cookbooks have recipes. The best have recipes and ideas. This cookbook thinks hard about the relationship between plants and the planet, between humans and other living beings, all the while making that hard thinking easy for the rest of us. It's a cookbook that's great to look at and fun to read, but don't forget to do the most important thing: cook from it!" - Questlove Cook Impossible(TM) at home. Meat-loving gourmets stood in line for hours when the world's top chefs began serving Impossible Burger in 2016. Now, for the first time, these pioneering chefs have joined forces with Impossible Foods' team of culinary leaders to share 40 recipes that are taking the culinary world by storm - and saving the planet, too. Explore dishes and expert tips from Brad Farmerie, Chris Cosentino, Eric Wareheim, Jamie Bissonnette, Ken Oringer, Kwame Onwuachi, Mary Sue Milliken, May Chow, Michael Symon, Tanya Holland, Traci Des Jardins, and more. Delicious recipes include:
- Pan Fried Chive Dumplings
- Korean Bulgogi
- Vietnamese Phó
- Lasagna Bolognese
- Spicy Jalapeño Burgers
- Chili Cheese Fries
- And more! See how top chefs around the world are cooking Impossible Foods' award-winning meat made from plants - with all the mouthwatering flavor, but only a tiny fraction of the environmental impact of meat made from cows. Praise for Impossible(TM) The Cookbook: "This book is perfect for those who are totally new to the plant-based meat game (and) to those who eat so many Impossible burgers they need some new recipes. There are more than 40 recipes in the book: Greek salad, tzatziki, and grilled pitas. Lomo saltado. Burger toppings. It's all here." - Delish "Plant-based beef crumbles can go into incognito mode in every dish from burgers to bolognese to taco salad. And now, you don't even have to wing it: Some of the world's greatest chefs--from Pinky Cole to Tanya Holland--will walk you through the steps of fully integrating environmentally-friendly meat products into your everyday cooking." - Well + Good "Along with a number of Des Jardins' recipes, the cookbook features about four dozen recipes from a variety of well-known chefs. They include Washington, D.C.'s Kwame Onwuachi, a winner of the Beards' Rising Star award. His recipes include Ethiopian Spiced Meat with Hummus and Cashews, and Jamaican Patties with Calypso Sauce." - Forbes
If the item details above aren’t accurate or complete, we want to know about it. Report incorrect product info.