Is the End Near? - by Michael Youssef (Paperback) 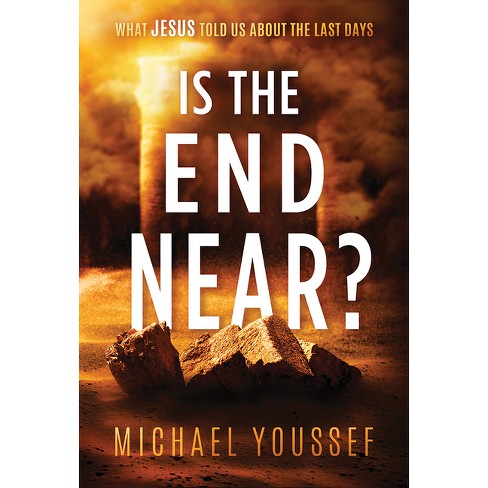 When will the insanity end?

This book will answer your questions about end times issues by examining statements that Jesus Himself made about what was to come. You will be encouraged as you anticipate Christ's return. Both inside and outside the church, people are asking the same question: Is this the end of the world? With a global pandemic that has killed millions; nations spending millions of dollars to update their nuclear weapons arsenals; and an increase in fire, floods, plagues, and other natural disasters, Christians and non-Christians alike are concluding that history appears to be drawing to a close.
Yet Dr. Michael Youssef says now is not the time to fear. In Is The End Near? Dr. Youssef looks at Jesus' words in Matthew 24 and 25 about the end of civilization and the coming of the one world ruler and examines:

As believers, we don't have to fear the end. Using God's Word as our guide, we can look toward the future with hope, because we know the One who holds the future in His hands.
If the item details above aren’t accurate or complete, we want to know about it. Report incorrect product info.