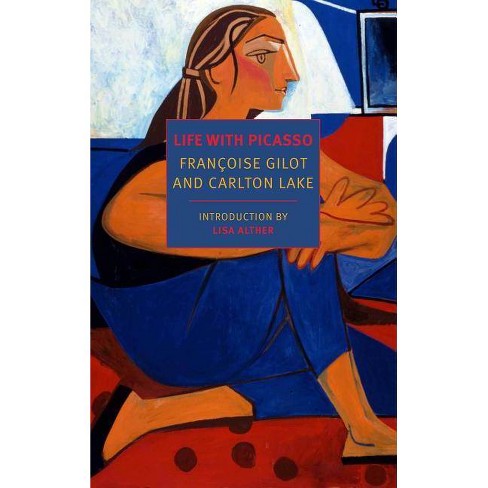 "[A] completely fascinating volume, one of the most illuminating we have had on the mind and spirit of Picasso." --Irving Stone, The Los Angeles Times

"[Life with Picasso is] a thorough picture of Picasso's life in the postwar period, at the moment he became a monument . . . More telling, though, is what we learn about Gilot, who came from a rich Parisian family and entered Picasso's life with the intensity of a 'little Rimbaud'. She was restless, spirited and determined not to become another of Picasso's 'grains of dust', those women she watched 'floating in the sunlight' all around him, waiting to be pushed out of his life with the swish of a broom." --Lili Owen Rowlands, The London Review of Books "[N]ot only a vivid account of her life with [Picasso] but an intimate panorama of life in Paris during and after the German occupation, a Paris populated by Georges Braque, Henri Matisse, Alberto Giacometti, and Gertrude Stein." --Wendy Goodman, New York Magazine "Françoise Gilot's gift of total recall seems scarcely human, but in her account of the ten years she spent with Picasso . . . everything he said to her about his work rings true even in English." --Robert Melville, New Statesman "Fascinating and brilliant, and crucial to the understanding of Picasso." --John Richardson, author of A Life of Picasso "A valuable interior view of a genius on the hearth." --The Observer "Although there is much anguish to be found . . . there are also moments of tenderness and elation, forming what must be one of the most agonizingly honest and one of the most touching accounts of the life of a painter in the history of art." --Jean Boggs, The Art Bulletin "What it is like actually to live with the most publicized artist in history--as chauffeur, secretary, pupil, companion, mother, lover, and ex-lover--is now told for the first time." --Selden Rodman, Saturday Review "The portrait of Picasso that emerges . . . has a monumentality, a richness and diversity and intensity of being that could have been captured only by a woman of uncommon gifts." --Paul Pickrel, Harper's Magazine "She is a superb witness to Picasso as an artist and to his views on art. . . . Picasso's intentions, his way of working and his fearless invention are brilliantly revealed." --Aline Saarinen, The New York Times Book Review "Astonishing, crowded, intimate . . . a biographer of true Boswellian blood . . . a convincing portrait, painted with knowledge that comes only from absolute intimacy, of a fascinating monster, a geyser of energy, a complex character. . . . We are shown pictures of Malraux, Cocteau, Matisse, Hemingway . . . Gertrude Stein, Braque, Paul Éluard, Giacometti, Gide, Aragon, Chagall, Leger, Chaplin. . . . The reader feels that he is in Picasso's studio, and at times even in Picasso's mind." --Clifton Fadiman, Book-of-the-Month Club News "[The] world owes Miss Gilot a tremendous debt, as well as a salute for what can only be described as a sensational ability to report and comprehend." --Emily Genauer, New York Herald Tribune
If the item details above aren’t accurate or complete, we want to know about it. Report incorrect product info.