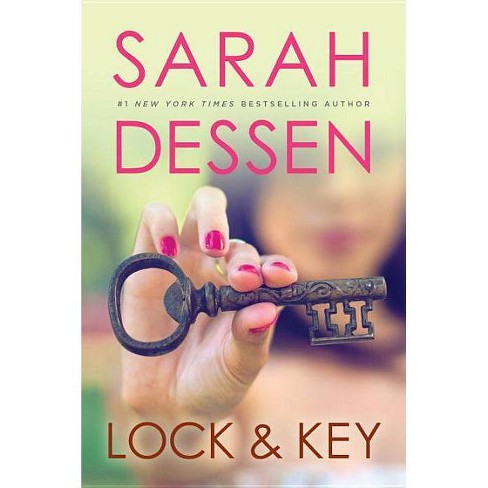 $8.45
undefined out of 5 stars with 0 reviews
be the first!be the first! ratings
Help us improve this page

The "New York Times"-bestselling author of "Just Listen" explores the heart of a gutsy, complex girl dealing with unforeseen circumstances and learning to trust again.

From the award-winning and New York Times bestseller Once and for All Unlock your heart and the rest will follow. Ruby is used to taking care of herself. But now that she's living with her sister, she's got her own room, she's going to a good school, and her future looks bright. Plus there's the adorable boy next door. Can Ruby learn to open her heart and let him in? "All the Dessen trademarks here" --Publishers Weekly, starred review Sarah Dessen is the winner of the Margaret A. Edwards Award for her contributions to YA literature, as well as the Romantic Times Career Achievement Award. Books by Sarah Dessen:
That Summer
Someone Like You
Keeping the Moon
Dreamland
This Lullaby
The Truth About Forever
Just Listen
Lock and Key
Along for the Ride
What Happened to Goodbye
The Moon and More
Saint Anything
Once and for All

Sarah Dessen is the author of thirteen novels, which include the New York Times bestsellers The Moon and More, What Happened to Goodbye, Along for the Ride, Lock and Key, Just Listen, The Truth About Forever, and This Lullaby. Her first two books, That Summer and Someone Like You, were made into the movie How to Deal. Dessen's books are frequently chosen for the Teens' Top Ten list and the list of Best Fiction for Young Adults. They have been translated into twenty-five languages. Sarah Dessen is the recipient of the 2017 Margaret A. Edwards Award from the Young Adult division of the American Library Association. Sarah Dessen graduated from the University of North Carolina at Chapel Hill with highest honors in creative writing. She lives in Chapel Hill with her husband, Jay, and their daughter, Sasha Clementine. Visit Sarah at sarahdessen.com.
If the item details above aren’t accurate or complete, we want to know about it. Report incorrect product info.