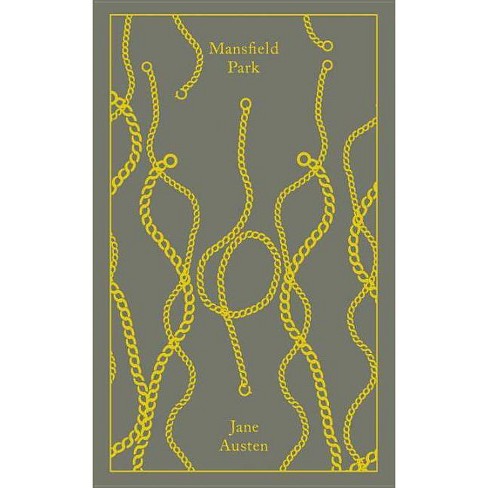 Designed by the award-winning Bickford-Smith, this collectible edition is bound in high-quality colorful cloth with foil stamped into the design. This is considered as Austen's first mature work and, with its subtle examination of social position, one of her most profound.

Part of Penguin's beautiful hardback Clothbound Classics series, designed by the award-winning Coralie Bickford-Smith, these delectable and collectible editions are bound in high-quality colourful, tactile cloth with foil stamped into the design. Taken from the poverty of her parents' home in Portsmouth, Fanny Price is brought up with her rich cousins at Mansfield Park, acutely aware of her humble rank and with her cousin Edmund as her sole ally. During her uncle's absence in Antigua, the Crawford's arrive in the neighbourhood bringing with them the glamour of London life and a reckless taste for flirtation. Mansfield Park is considered Jane Austen's first mature work and, with its quiet heroine and subtle examination of social position and moral integrity, one of her most profound.

"Never did any novelist make more use of an impeccable sense of human values."
--Virginia Woolf

Jane Austen was an English novelist whose works of romantic fiction set among the gentry have earned her a place as one of the most widely read and most beloved writers in English literature. She was born in Steventon rectory on 16th December 1775. Her family later moved to Bath and then to Chawton in Hampshire. She wrote from a young age and Pride and Prejudice was begun when she was twenty-two years old. It was initially rejected by the publisher she submitted it to and eventually published in 1813 after much revision. All four of her novels - Sense and Sensibility (1811), Pride and Prejudice (1813), Mansfield Park (1814) and Emma (1815) published in her lifetime were published anonymously. Jane Austen died on 18th July 1817. Northanger Abbey and Persuasion (both 1817) were published posthumously.
If the item details above aren’t accurate or complete, we want to know about it. Report incorrect product info.