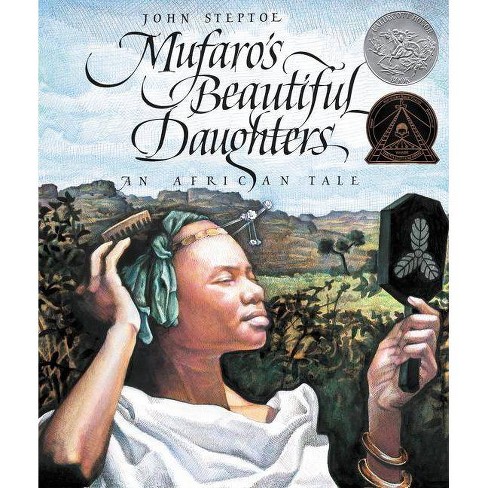 This African tale evokes the Cinderella story in its portrayal of two sisters, spiteful Manyara and considerate Nyasha, and the young king who is searching for a bride. Steptoe has illustrated this modern fable with stunning paintings that glow with beauty, warmth, and internal vision of the land and people of his ancestors.

A Caldecott Honor and Reading Rainbow book, this memorable retelling of Cinderella is perfect for introducing children to the fairy tale as well as the history, culture, and geography of the African nation of Zimbabwe.

Inspired by a traditional African folktale, this is the story of Mufaro, who is proud of his two beautiful daughters. Nyasha is kind and considerate, but everyone--except Mufaro--knows that Manyara is selfish and bad-tempered.

When the Great King decides to take a wife and invites the most worthy and beautiful daughters in the land to appear before him, Mufaro brings both of his daughters--but only one can be queen. Who will the king choose?

Award-winning artist John Steptoe's rich cultural imagery of Africa earned him the Coretta Scott King Award for Mufaro's Beautiful Daughters. The book also went on to win the Boston Globe-Horn Book Award. This stunning story is a timeless treasure that readers will enjoy for generations.

Mufaro was a happy man. Everyone agreed that his two daughters were very beautiful. Nyasha was kind and considerate as well as beautiful, but everyone -- except Mufaro -- knew that Manyara was selfish, badtempered, and spoiled.

When the king decided to take a wife and invited "The Most Worthy and Beautiful Daughters in the Land" to appear before him, Mufaro declared proudly that only the king could choose between Nyasha and Manyara. Manyara, of course, didn't agree, and set out to make certain that she would be chosen.

John Steptoe has created a memorable modem fable of pride going before a fall, in keeping with the moral of the folktale that was his inspiration. He has illustrated it with stunning paintings that glow with the beauty, warmth, and internal vision of the land and people of his ancestors.