Nature and Other Essays - by Ralph Waldo Emerson (Hardcover) 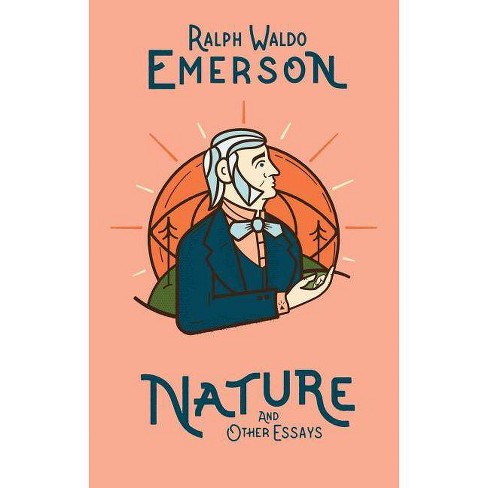 $14.79
MSRP$16.99
no reviews yet
be the first!be the first! ratings
Shipping
Free standard shipping with RedCard
Loading, please wait...
Help us improve this page

A collection of essays from the father of the American transcendentalism, including "Nature," "Self-Reliance," "Love," and "Art."

Ralph Waldo Emerson's famous essay "Nature" declared that understanding nature was the key to understanding God and reality, and laid the groundwork for transcendentalism. His legacy of boldly questioning the doctrine of his day and connecting with nature will resonate with today's readers in search of meaning and enlightenment.

Nature and Other Essays joins Gibbs Smith's best-selling Wilderness series. Standing beside the works of his protï¿½gï¿½e Henry David Thoreau, as well as John Muir, Mark Twain, Walt Whitman, and Jack London, these essays are reissued to encourage and inspire philosophers, travelers, campers, and contemporary naturalists.

Ralph Waldo Emerson (May 25, 1803-April 27, 1882) was a famous lecturer, philosopher, poet, and writer. He led the transcendentalist movement of the 1800s, mentored Henry David Thoreau, and was a pioneer of multiculturalism in American writing.