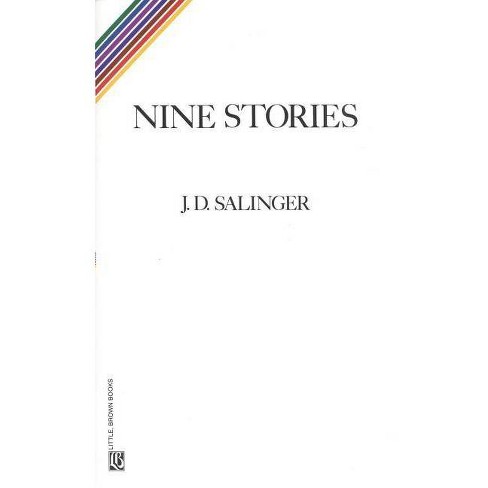 The original, first-rate, serious, and beautiful short fiction (New York Times Book Review) that introduced J. D. Salinger to American readers in the years after World War II, including A Perfect Day for Bananafish and the first appearance of Salinger's fictional Glass family.
Nine exceptional stories from one of the great literary voices of the twentieth century. Witty, urbane, and frequently affecting, Nine Stories sits alongside Salinger's very best work--a treasure that will passed down for many generations to come. The stories:

J. D. Salinger's writing is original, first-rate, serious, and beautiful. Here are nine of his stories, and one further reason that they are so interesting, and so powerful seen all together, is that they are paradoxes. From the outside, they are often very funny: inside they are about heartbreak, and convey it; they can do this because they are pure...What this reader loves about Mr. Salinger's stories is that they honor what is unique and precious in each person on earth. Their author has the courage--it is more like the earned right and privilege--to experiment at the risk of not being understood. Best of all, he has a loving heart.
--Eudora Welty, New York Times Book Review

The most perfectly balanced collection of stories I know...Nine Stories is a book I've gone back to at different moments in my life, and I always find something new. I've passionately loved different stories at different times, first 'Teddy, ' later 'For Esmé--with Love and Squalor.' I could list all of them.
--Ann Patchett, Parade

J. D. Salinger was born in New York City on January 1, 1919, and died in Cornish, New Hampshire, on January 27, 2010. His stories appeared in many magazines, most notably The New Yorker. Between 1951 and 1963 he produced four book-length works of fiction: The Catcher in the Rye; Nine Stories; Franny and Zooey; and Raise High the Roof Beam, Carpenters and Seymour--An Introduction. The books have been embraced and celebrated throughout the world and have been credited with instilling in many a lifelong love of reading.
If the item details above aren’t accurate or complete, we want to know about it. Report incorrect product info.