Out on the Wire - by Jessica Abel (Paperback) 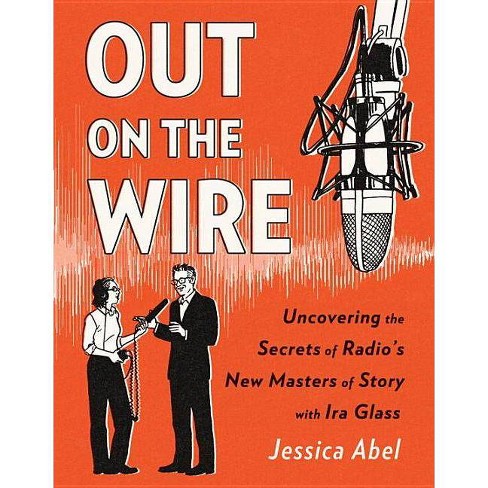 "A boundary-pushing comic, a love letter from one blossoming new media to another...Out on the Wire is a terrific book for radio superfans and would-be producers, a niche audience that isn't so niche anymore."--Los Angeles Times

"With comics and podcasts both on the rise, it's a perfect time for a media collision: Abel investigates modern narrative radio and its stars." -Entertainment Weekly "One of fall's coolest graphic reads...Consider the 240 pages a documentary comic and Abel your host."--Marie Claire "What makes [Out on the Wire] especially fascinating is its use of visuals to represent an aural form; not only are we reading behind-the-scenes stories of what we eventually hear, but we get a rare glimpse of what the people and places in them look like thanks to the not-often-enough-used comics journalism." --Chicagoreader.com "This instructive, impassioned, and educational volume uses a deliberate and friendly approach in the vein of Scott McCloud... A must-read not just for listeners of today's great flowering of audio storytelling but for those who want to learn how to do it themselves."--Publishers Weekly "A richly engaging graphic narrative about radio storytelling and storytelling in general... A spirited work whose readership should not be limited to those who make radio narrative or love to listen to it." --Kirkus Reviews [starred] "Abel (La Perdida) has performed a metamasterpiece by reporting with visual finesse and detail the complicated and sometimes precarious process behind public radio shows such as Radiolab and This American Life... Indispensible for communications collections and a valuable asset for anyone considering a career in media." --Library Journal [starred]
If the item details above aren’t accurate or complete, we want to know about it. Report incorrect product info.