The Art of Wolfwalkers - by Charles Solomon (Hardcover) 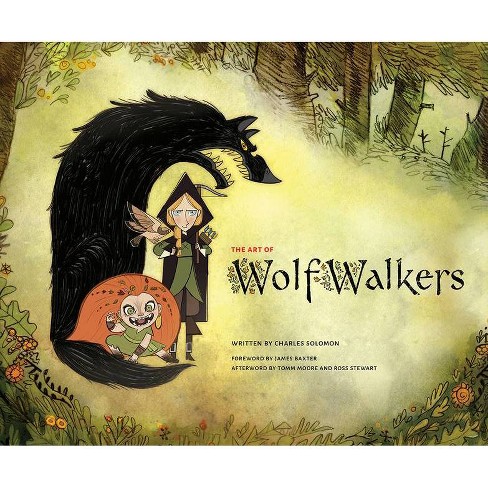 $40.49
new at target¬
0 out of 5 stars with 0 reviews
be the first!be the first! ratings
Help us improve this page

Charles Solomon is the author of more than a dozen books on the art and making of animated ﬁlms and television specials, as well as a lecturer in animation at the UCLA School of Theater, Film and Television. He lives in Los Angeles. James Baxter was born in 1967 in Bristol and raised in Bishop's Stortford, England. He started experimenting on little animation tests with an 8-mm camera at age sixteen. James attended Cambridge College of Arts & Technology for one year and West Surrey College of Art and Design for another year before leaving to work on Who Framed Roger Rabbit in London. James moved to California to work for the Walt Disney Company, where he worked as the supervising animator on classic characters like Belle in Beauty and the Beast and Rafiki in The Lion King. He then moved to DreamWorks SKG, where he worked on ThePrince of Egypt, Spirit: Stallion of the Cimarron, and Shrek 2. From 2005 to 2008, James had his own studio, James Baxter Animation, which produced several projects including the hand-drawn animation for the Disney feature film Enchanted and the opening sequence of DreamWorks' Kung Fu Panda. He returned to DreamWorks Animation to work on How to Train Your Dragon and its sequel and The Croods. James is now the director of character animation at Netflix.
If the item details above aren’t accurate or complete, we want to know about it. Report incorrect product info.