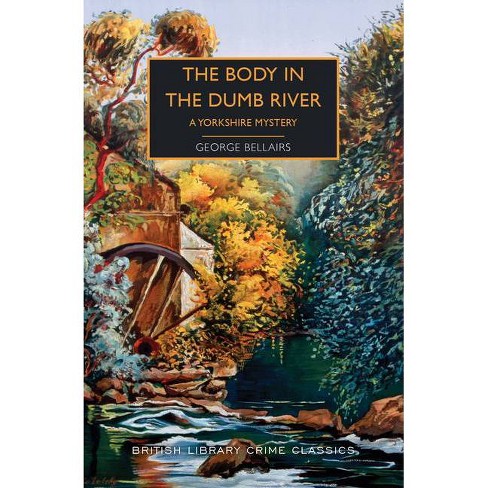 Discover the captivating treasures buried in the British Library's archives. Largely inaccessible to the public until now, these enduring British classics were written in the golden age of detective fiction.

"A decent, hardworking chap, with not an enemy anywhere. People were surprised that anybody should want to kill Jim."

But Jim has been found stabbed in the back near Ely, miles from his Yorkshire home. His body, clearly dumped in the usually silent ('dumb') river, has been discovered before the killer intended--disturbed by a torrential flood in the night.

Roused from a comfortable night's sleep, Superintendent Littlejohn of Scotland Yard is soon at the scene. With any clues to the culprit's identity swept away with the surging water, Bellairs' veteran sleuth boards a train heading north to dredge up the truth of the real Jim Teasdale and to trace the mystery of this unassuming victim's murder to its source.

The Body in the Dumb River, like all of Bellairs' crime books, delves into the complex inner-workings of an insulated country community. With all the wittiness and suspense of classic British mysteries, this is a story that explores the long-buried secrets of a small town--and the disastrous events that take place when they finally come to light.

Other books in the British Library Crime Classics:
Death in Fancy Dress
Smallbone Deceased
It Walks by Night
Measure of Malice
Surfeit of Suspects
Death Has Deep Roots
The Notting Hill Mystery