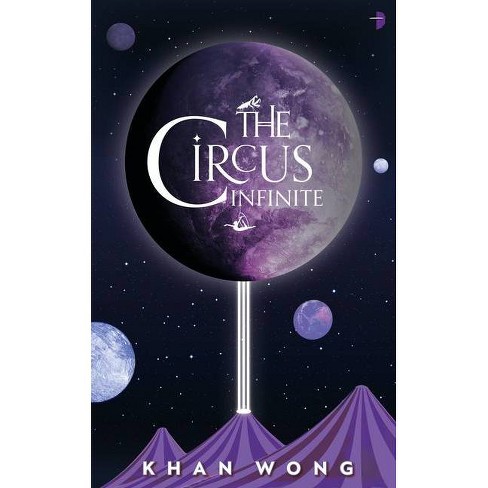 A mixed-species fugitive, Jes tries to blend in on a pleasure moon, but instead catches the attention of a crime boss who owns the resort-casino where he lands a circus job and is forced to bend to the mobster's will until he decides to take the big boss down.

A circus takes down a crime-boss on the galaxy's infamous pleasure moon. Hunted by those who want to study his gravity powers, Jes makes his way to the best place for a mixed-species fugitive to blend in: the pleasure moon where everyone just wants to be lost in the party. It doesn't take long for him to catch the attention of the crime boss who owns the resort-casino where he lands a circus job, and when the boss gets wind of the bounty on Jes' head, he makes an offer: do anything and everything asked of him or face vivisection. With no other options, Jes fulfills the requests: espionage, torture, demolition. But when the boss sets the circus up to take the fall for his about-to-get-busted narcotics operation, Jes and his friends decide to bring the mobster down. And if Jes can also avoid going back to being the prize subject of a scientist who can't wait to dissect him? Even better. File Under: Science Fiction [ Misfit Fits In Crime Never Pays Loop The Loops Balancing Act ]

A slow-burning queer romance that feels authentic and sweet.
- Booklist A three-ring extravaganza... Readers will get caught up in Wong's debut novel and find themselves wanting to run away to the circus with Jes. Highly recommended.
- Library Journal, starred review Wong luxuriates in sweet scenes between Jes and his first love, Bo, and develops heartwarming found family dynamics in Jes's other relationships. The worldbuilding is just alien enough while still inviting readers in, and it's a pleasure to witness the world through the lens of its progressive social dynamics. It's a thoroughly enchanting adventure.
- Publisher's Weekly, starred review. The Circus Infinite is an action-packed tale of found family set against a finely wrought canvas of different genders, cultures, and sexuality. Jes's journey of personal discovery is as fascinating as it is heart-warming. This one is sure to both entertain and enlighten the reader.
- Ginger Smith, author of The Rush's Edge Khan Wong has made the book for which so many of us have been yearning! The Circus Infinite is not only a gripping science-fiction tale set in a lushly imagined universe teeming with fabulous aliens, extraordinary powers, and political drama, but also a story that celebrates our real, lived spectrum of gender and sexuality. To top it all off, it revolves around a circus, the perfect manifestation of outsider community, artistic expression, and a sense of wonder. The Circus Infinite renews faith in the power of science fiction to represent our world even as it lifts our imagination beyond it.
- Justin Hall, editor of No Straight Lines Khan Wong gives us an adventure that reaches all the right hard-hitting space fantasy notes while protecting a tender heart of inclusivity and respect. Featuring an ace protagonist, the consent dynamics of the book are particularly adept. The Circus Infinite explores the nuances of gender and sexuality while punching you in the gut with soaring feats of gravity and interrogations that will make you gasp out loud.
- TJ Berry, author of Space Unicorn Blues This dazzling space opera debut is a real delight, set in a vivid, inclusive future full of lively characters and showy set pieces. Running away to join the circus has never been more fun!
- Tim Pratt, Hugo Award-winning SF and Fantasy author The Circus Infinite is both elegiac and majestic, with vibrant characters and a real sense of art at its heart. It soars like a trapeze artist.
- Ferrett Steinmetz, author of the Mancer trilogy What happens on Persephone-9, stays on Persephone-9. That includes finding family, developing your psionic abilities, learning to love without sex, taking lots and lots of drugs, experiencing the galactic version of Burning Man, and being strong-armed by not one, but two sadistic bosses. Don't miss out on this trippy, action-packed, mindfulness-imbued adventure!
- Claire Light, author of Monkey Around (written as Jadie Jang)

Science fiction readers will be dazzled and delighted by THE CIRCUS INFINITE with its richly imagined world and themes of found family. A thrilling science fiction adventure perfect for fans of Becky Chambers and Mass Effect.
- Rosiee Thor, author of Tarnished Are the Stars

Khan Wong has published poetry, played cello in an earnest folk-rock duo, and been an internationally known hula hoop teacher and performer. He's toured with a circus and produced circus arts shows in San Francisco, where he also worked as a grantmaker with a public sector arts funding agency.
If the item details above aren’t accurate or complete, we want to know about it. Report incorrect product info.