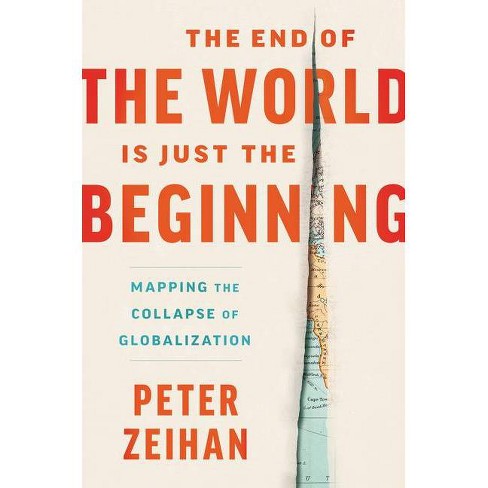 "As isolationism and realism become the dominant values of a previously interconnected world, the logic that motivated international relations and global trade must be reevaluated. Zeihan uses a mixture of geographical knowledge, political history, and sharp analysis to predict the shape of the next twenty years on the world stage"--

2019 was the last great year for the world economy.

For generations, everything has been getting faster, better, and cheaper. Finally, we reached the point that almost anything you could ever want could be sent to your home within days - even hours - of when you decided you wanted it.

America made that happen, but now America has lost interest in keeping it going.

Globe-spanning supply chains are only possible with the protection of the U.S. Navy. The American dollar underpins internationalized energy and financial markets. Complex, innovative industries were created to satisfy American consumers. American security policy forced warring nations to lay down their arms. Billions of people have been fed and educated as the American-led trade system spread across the globe.

All of this was artificial. All this was temporary. All this is ending.

In The End of the World is Just the Beginning, author and geopolitical strategist Peter Zeihan maps out the next world: a world where countries or regions will have no choice but to make their own goods, grow their own food, secure their own energy, fight their own battles, and do it all with populations that are both shrinking and aging.

The list of countries that make it all work is smaller than you think. Which means everything about our interconnected world - from how we manufacture products, to how we grow food, to how we keep the lights on, to how we shuttle stuff about, to how we pay for it all - is about to change.

A world ending. A world beginning. Zeihan brings readers along for an illuminating (and a bit terrifying) ride packed with foresight, wit, and his trademark irreverence.

"Peter Zeihan is the Nostradamus of the twenty-first century. Using geography as his analytical foundation, he's able to explain why nations behave the way they do today, and predict with astounding accuracy how they'll behave tomorrow. Nowhere will you find a more objective and logical examination of geopolitical currents. A masterful blend of economics, demographics, environmental factors, cultural propellers, and realpolitik. The world is changing, especially America's role in it, and Peter navigates this journey with clarity, rigor, and wit. If your passion is politics, investing, energy, technology, international relations or just being interesting at parties, read Peter's book." -- Jesse Watters

"Peter Zeihan's latest work projects a future that will challenge your assumptions on how the world works, what nations are best postured to prosper, and which are fragile. The world he envisions is fraught with danger as powers rise and ebb, but not without opportunity. A worthy read to flesh out your worldview." -- Major General Patrick Donahoe, commanding general, U.S. Army Maneuver Center of Excellence

"I've never been so upbeat about the end of the world. Deeply researched, powerfully argued, and well written. Zeihan stitches together insights from economic geography, demography, and history to give us an original yet intuitive theory of geopolitics." -- Ian Bremmer, president of Eurasia Group

"From time to time, we hear how 'everything is going to change.' None of us ever believe it. Now I do." -- Bill Owens, former governor of Colorado

"Peter Zeihan has done it again! The End of the World Is Just the Beginning offers a glimpse of the future by looking to the past. The geopolitics and demography that gave us our 'perfect moment' in history is passing. What is in store for us and generations to come? Move Zeihan's latest to the top of your stack and find out." -- Jack Carr, former Navy SEAL sniper and number one New York Times bestselling author of In the Blood

"I found Peter Zeihan's description of the future to be both plausible and provocative. Regardless of the details of how the next decades unfold, Zeihan's book convinced me that it is at our own peril that we assume the future will look just like the present. Now more than ever, all our children--regardless of race--need to be equipped with a portable and flexible skill set that will enable them to adapt to circumstances and opportunities that we can't even imagine right now." -- Robert L. Woodson Sr., founder and president of the Woodson Center, 1776 Unites, Voices of Black Mothers United

Nineteen Ways of Looking at Consciousness - by Patrick House (Hardcover)

Then It Fell Apart - by Moby

The Last Supper on the Moon - by Levi Lusko

The Accidental Superpower - by Peter Zeihan