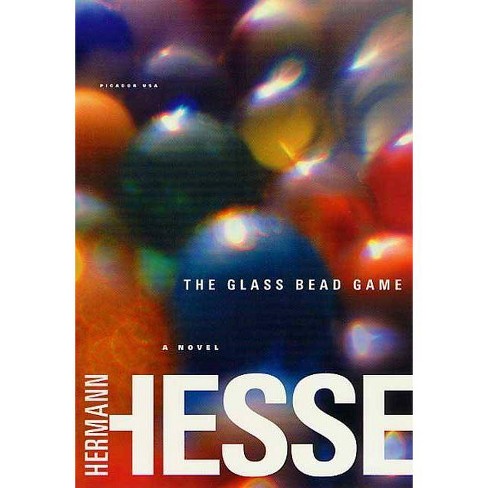 Setting his story in the distant, post-Holocaust future, Hesse tells of an elite cult of intellectuals occupying themselves with an elaborate game that employs all the cultural and scientific knowledge of the ages. The most imaginative and prophetic of Hesse's works.

The final novel of Hermann Hesse, for which he won the Nobel Prize for Literature in 1946, The Glass Bead Game is a fascinating tale of the complexity of modern life as well as a classic of modern literature

Set in the 23rd century, The Glass Bead Game is the story of Joseph Knecht, who has been raised in Castalia, the remote place his society has provided for the intellectual elite to grow and flourish. Since childhood, Knecht has been consumed with mastering the Glass Bead Game, which requires a synthesis of aesthetics and scientific arts, such as mathematics, music, logic, and philosophy, which he achieves in adulthood, becoming a Magister Ludi (Master of the Game).

...a genre blend of science fiction, fantasy, and fictional biography, leavened with musicology, poetry, and Hesse's unique swirl of Eastern and Western philosophy. - The American Scholar

Hermann Hesse was born in Germany in 1877 and later became a citizen of Switzerland. As a Western man profoundly affected by the mysticism of Eastern thought, he wrote novels, stories, and essays bearing a vital spiritual force that has captured the imagination and loyalty of many generations of readers. His works include Steppenwolf, Narcissus and Goldmund, and The Glass Bead Game. He was awarded the Nobel Prize in Literature in 1946. Hermann Hesse died in 1962.