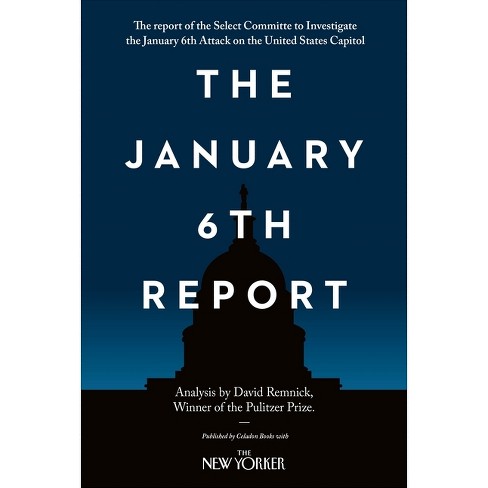 Celadon Books and The New Yorker present the report by the Select Committee to Investigate the Jan 6 Attack on the United States Capitol.

On January 6, 2021, insurgents stormed the U.S. Capitol, an act of domestic terror designed to disrupt the peaceful transfer of power without parallel in American history. In a resolution six months later, the United States House of Representatives called it one of the darkest days of our democracy, and established a special committee to investigate how and why it happened. Celadon Books, in collaboration with The New Yorker, presents the committee's final report, the definitive account of January 6th and what led up to it, based on more than a year of investigation by nine members of Congress and committee staff with accompanying analysis by David Remnick, editor of The New Yorker and winner of the Pulitzer Prize.

Select Committee to Investigate the January 6th Attack on the United States Capitol
If the item details above aren’t accurate or complete, we want to know about it. Report incorrect product info.