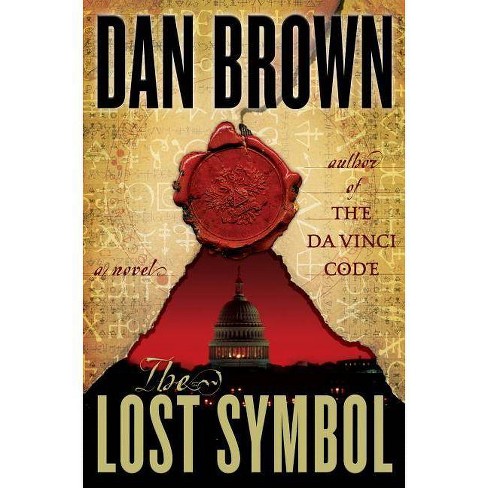 In this stunning follow-up to the global phenomenon The Da Vinci Code, Dan Brown demonstrates once again why he is the world's most popular thriller writer. The Lost Symbol is a masterstroke of storytelling--a deadly race through a real-world labyrinth of codes, secrets, and unseen truths . . . all under the watchful eye of Brown's most terrifying villain to date. Set within the hidden chambers, tunnels, and temples of Washington, D.C., The Lost Symbol accelerates through a startling landscape toward an unthinkable finale.

As the story opens, Harvard symbologist Robert Langdon is summoned unexpectedly to deliver an evening lecture in the U.S. Capitol Building. Within minutes of his arrival, however, the night takes a bizarre turn. A disturbing object --artfully encoded with five symbols--is discovered in the Capitol Building. Langdon recognizes the object as an ancient invitation . . . one meant to usher its recipient into a long-lost world of esoteric wisdom. When Langdon's beloved mentor, Peter Solomon--a prominent Mason and philanthropist --is brutally kidnapped, Langdon realizes his only hope of saving Peter is to accept this mystical invitation and follow wherever it leads him. Langdon is instantly plunged into a clandestine world of Masonic secrets, hidden history, and never-before-seen locations--all of which seem to be dragging him toward a single, inconceivable truth. As the world discovered in The Da Vinci Code and Angels & Demons, Dan Brown's novels are brilliant tapestries of veiled histories, arcane symbols, and enigmatic codes. In this new novel, he again challenges readers with an intelligent, lightning-paced story that offers surprises at every turn. The Lost Symbol is exactly what Brown's fans have been waiting for . . . his most thrilling novel yet.

Dan Brown brings sexy back to a genre that had been left for dead...His code and clue-filled book is dense with exotica...amazing imagery...and the nonstop momentum that makes The Lost Symbol impossible to put down. SPLENDID...ANOTHER MIND-BLOWING ROBERT LANGDON STORY.--Janet Maslin, New York Times

THRILLING IN THE EXTREME, A DEFINITE PAGE-FLIPPER.--Daily News (New York) Call it Brownian motion: A COMET TAIL-RIDE of beautifully spaced reveals and a socko unveiling of the killer's true identity.--Washington Post The wait is over. The Lost Symbol is here--and you don't have to be a Freemason to enjoy it....THRILLING AND ENTERTAINING, LIKE THE EXPERIENCE ON A ROLLER COASTER.--Los Angeles Times

ROBERT LANGDON REMAINS A TERRIFIC HERO, a bookish intellectual who's cool in a crisis and quick on his feet.... The codes are intriguing, the settings present often-seen locales in a fresh light, and Brown keeps the pages turning.--Entertainment Weekly

Dan Brown is the author of The Da Vinci Code, one of the most widely read novels of all time, as well as the international bestsellers Angels & Demons, Deception Point, and Digital Fortress. He lives in New England with his wife.

The Whistler (Hardcover) by John Grisham

Disappointing and Would Not Recommend

2 out of 5 stars
Jill of All Trades - 13 years ago
I really enjoyed the Da Vinci Code and Angels & Demons. I was excited to hear that Dan Brown was coming out with a new book! I pre-ordered this book and got it the day it came out. However, it was not at all what I had hoped. The "twist" at the end was not a surprise at all. It was pretty obvious about half way through the book. Also, there are times when the logic doesn't follow, which was annoying. I'm not talking about the symbolism logic. For example, someone who is trying to find Robert has trouble figuring out where he went. Later, you find out that they were tracking his phone so they should have been able to find him right away.
Did you find this review helpful?

5 out of 5 stars
Mike S - 13 years ago
I went and bought this book the day it came out. I never write reviews but felt compelled to after purchasing. This book surpasses all of his other books. Every page will captivate you and keep you wanting more. You will not want to put this book down. And let me just say, that the twists in this book never end....do yourself a favor and buy this book!!!! You will NOT regret it!!! :)
Did you find this review helpful?

5 out of 5 stars
Completely Stunned - 13 years ago
If you're a fan of Dan Brown's other novels, you won't be disappointed by The Lost Symbol. If you haven't read his other novels, you'll be captivated by the journey Brown takes you on. In fashion with his previous works (which don't need to be read prior to this), you follow Robert Langdon on a dangerous and mind-blowing journey that's filled with tons of historical, religious and mystical references that are expertly weaved together to create an incredibly intricate plot that leaves you wondering where the line between truth and fiction is drawn.The plot is suspenseful and filled with so many twists and turns your jaw will drop time and time again. This book is really hard to put down! It's filled with surprises to the very end.Overall, I give this book a 5 star rating. Just like Angels and Demons and The DaVinci Code, The Lost Symbol is an amazing novel that can be read time and time again and still leaves you surprised. It's worth every penny.
Did you find this review helpful?