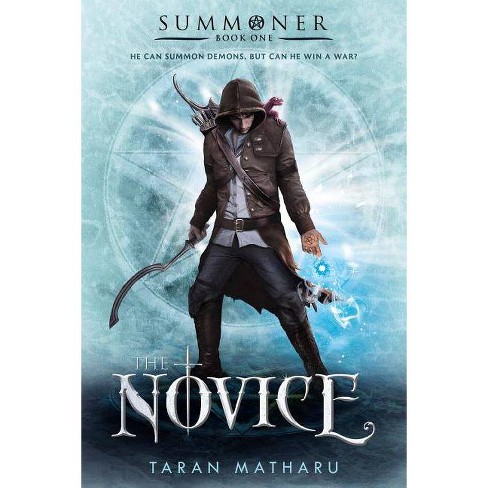 $9.89
MSRP$10.99
undefined out of 5 stars with 0 reviews
be the first!be the first! ratings
Help us improve this page

Fletcher is working as a blacksmith's apprentice when he discovers he has the rare ability to summon demons from another world. Chased from his village for a crime he did not commit, Fletcher must travel with his demon, Ignatius, to an academy for adepts, where the gifted are taught the art of summoning. Along with nobles and commoners, Fletcher endures grueling lessons that will prepare him to serve as a Battlemage in the Empire's war against the savage Orcs. But sinister forces infect new friendships and rivalries grow. With no one but Ignatius by his side, Fletcher must decide where his loyalties lie. The fate of the Empire is in his hands. . . . This paperback edition includes an interview with the author, a special sneak peek of the sequel, The Inquisition, and more. The Summoner Trilogy
The Novice
The Inquisition
The Battlemage Also in the Summoner series The Outcast (Summoner: The Prequel)
The Summoner's Handbook
A Fine Welcome: Othello's Journey (A Summoner Short Story)
If the item details above aren’t accurate or complete, we want to know about it. Report incorrect product info.