The Orchard - by Beverly Lewis 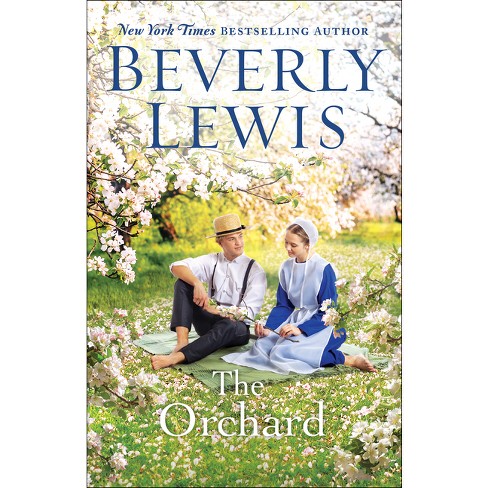 For generations, Ellie Hostetler's family has tended their orchard, a tradition her twin brother, Evan, will someday continue. But when Evan is drafted for the Vietnam War, the family is shocked to learn he has not sought conscientious objector status. Can Ellie, with the support of a new beau, find the courage to face a future unlike the one she imagined?

"She realized there was peace right here in the midst of this heavenly sort of place, despite the unpredictable storm churning around her family."

For generations, Ellie Hostetler's family has tended their Lancaster County orchard, a tradition her twin brother, Evan, will someday continue. Yet when Evan's draft number is called up in the lottery for the Vietnam War, the family is shocked to learn he has not sought conscientious objector status, despite their Old Order Amish belief in non-resistance. The faraway war that has caused so much turmoil and grief among their Englisher neighbors threatens too close to home.

As Evan departs for boot camp, Ellie confides her disappointment to Sol Bontrager, the brother of her best friend and cousin to her new beau, Menno. In contrast to Evan, Sol is a conscientious objector. Despite Ellie's attraction to Menno, she finds herself drawn to Sol's steady presence as they work together in the orchard. Suddenly, it feels as if everything in Ellie's world is shifting, and the plans she held so dear seem increasingly uncertain. Can she and her family find the courage to face a future unlike any they could have imagined?

"The Orchard is a peaceful, heartwarming romance novel set amid the quiet solitude of an Amish family's orchard during the Vietnam War."--Foreword Reviews starred review

Beverly Lewis penned her first story at age nine while living near Lancaster County Amish farmland, where she grew up. She welcomes her many reader-friends each day on Facebook and personally replies to fan mail. Lewis lives with her husband in Colorado near their family. Visit her website at beverlylewis.com.
If the item details above aren’t accurate or complete, we want to know about it. Report incorrect product info.