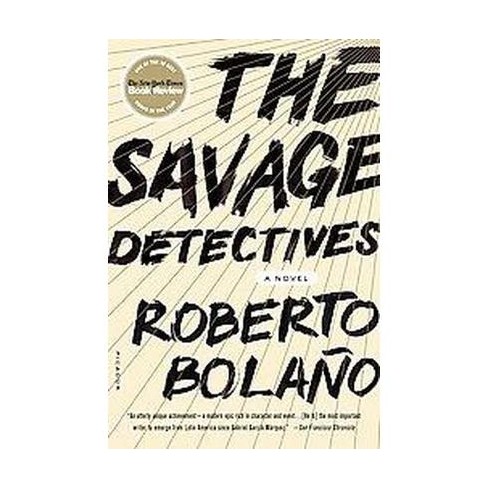 "An utterly unique achievement--a modern epic rich in character and event. . . . [He is] the most important writer to emerge from Latin America since Garcï¿½a Mï¿½rquez." --San Francisco Chronicle

"My favorite writer . . . The Savage Detectives is an ark bearing all the strange salvage of poetry and youth from catastrophes past and those yet to come." --Nicole Krauss, author of The History of Love

"One of the most respected and influential writers of [his] generation . . . At once funny and vaguely, pervasively, frightening." --John Banville, The Nation

"A bizarre and mesmerizing novel . . . It's a lustful story--lust for sex, lust for self, lust for the written word." --Esquire

"Combustible . . . A glittering, tumbling diamond of a book . . . When you are done with this book, you will believe there is no engine more powerful than the human voice." --Emily Carter Roiphe, Star Tribune (Minneapolis)

"Wildly enjoyable . . . Bolaï¿½o beautifully manages to keep his comedy and his pathos in the same family." --The New York Times Book Review