The Sheep That No One Could Find - by Anthony DeStefano (Hardcover) 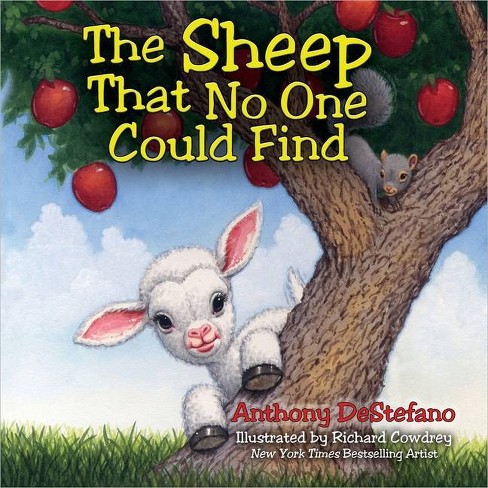 Anthony DeStefano bases this children's story on the parable of the lost sheep. While one small lamb wanders away from his Good Shepherd's pastures, he meets a wolf, a lion, and a mean lying snake. Feeling very frightened and lost, he's surprised to see who's come to his rescue.

Bestselling author Anthony DeStefano weaves the heart of the parable of the lost sheep into an exciting adventure story for children ages three and older. When paired with Richard Cowdrey's brightly colored illustrations, the tale of repentance and forgiveness is brought to life.

Amidst a flock of a hundred sheep, one small lamb is convinced that the world beyond his Good Shepherd's pastures is worth exploring. While on his big adventure, the little sheep unexpectedly meets a very hungry wolf, a huge angry lion, and a mean lying snake that tries to convince him that his Good Shepherd is cruel and unforgiving. But just when he feels trapped and frightened, lost and alone, he hears a most wonderful sound.

He had left all his flock
For one sheep who was lost--
To rescue and save him
No matter the cost.

Anthony DeStefano is the bestselling author of the adult Christian books A Travel Guide to Heaven, Ten Prayers God Always Says Yes To, Angels All Around Us, as well as the gift book I Just Can't Take It Anymore! and the children's books Little Star, The Donkey That No One Could Ride, and Roxy, the Ritzy Camel. He has received prestigious awards from religious organizations worldwide for his efforts to advance Christian beliefs in modern culture.

Richard Cowdrey is the talented and well-known illustrator of numerous children's books, including Bad Dog, Marley! and Marley Goes to School. He has worked with such distinguished clients as Bantam Books, National Football League, and World Wildlife Federation. Desiring to honor God with his work and with his life, Richard lives in Ohio with his wife and children.