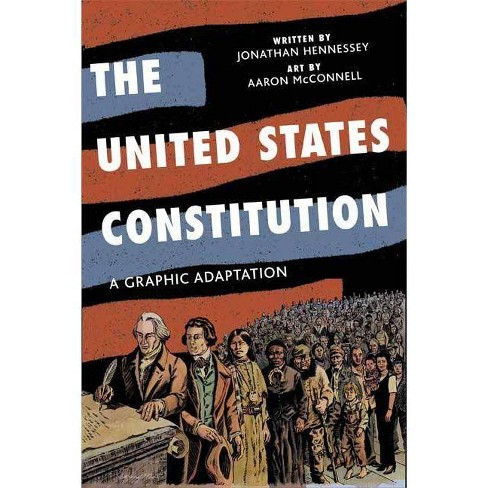 $13.49
MSRP$17.95
no reviews yet
be the first!be the first! ratings
Shipping
Free standard shipping with RedCard
Loading, please wait...
Help us improve this page

"Intelligently written, lushly illustrated . . . Hennessey interweaves the Framers' intent with contemporary battles over constitutional law, while McConnell colors history with masterful strokes. A civics lesson no one should miss." --Alexander Nazaryan, The Village Voice (A Best Book of 2008)

"Avoiding the didactic, the book succeeds in being both consistently entertaining and illuminating . . . A fine introduction to U.S. legal history." --Publishers Weekly

"[A] must-read graphic novel treatment of the history, meaning and evolution of the United States Constitution. It should be a staple of every high school history class." --Jonathan Valania, Phawker

"A sweet, quick, thoroughgoing history of the U.S. Constitution . . . You'd be hard-pressed to find a better primer for bringing the kids, foreigners and forgetful in your life up to speed." --Cory Doctorow, Boing Boing

"Before Obama is sworn in as the next U.S. president in January, let Hennessey and McConnell's The United States Constitution: A Graphic Adaptation be your refresher course." --Charles Moss, PopMatters

"Aaron McConnell's illustrations are brilliant in their effectiveness of depicting complex themes and ideas in discernable ways. The style is reminiscent of the political cartoons of yore and his use of iconography is clever and informative." --Chris Wilson, The Graphic Classroom