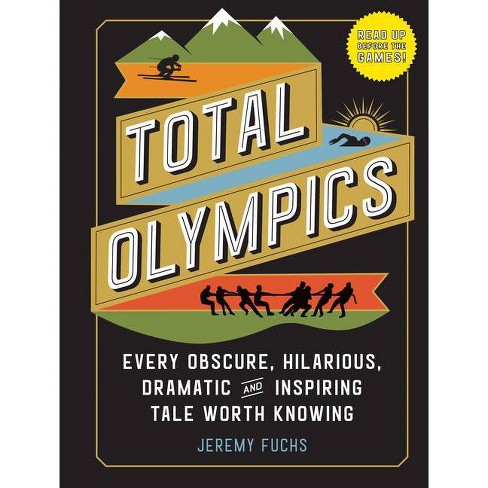 $22.95
new at target¬
no reviews yet
be the first!be the first! ratings
Release Date: coming soon!
Preorder for
Edit zip
Ships by release date with free standard shipping using RedCard
Help us improve this page

Motto of the modern Olympics: Faster, Higher, Stronger. But now add Stranger! Stranger, as in the 1908 Olympic marathon, which featured Sir Arthur Conan Doyle, a 22-year-old pastry chef, and Champagne (yes, it was the runners' drink of choice). Or the 1948 "austerity games" in London--teams had to bring their own food, female athletes sewed their own uniforms. Or imagine rooting for these one-time Olympic sports: tug of war, firefighting, rope climb, live pigeon shooting, and--wait for it--painting. (Picasso for the gold!) Compulsively readable, highly entertaining, trivia- and curiosity-packed, Total Olympics is a glorious, photo-filled tapestry of legendary characters, forgotten records, crazy accomplishments, unbelievable feats, wacky contests, controversial moments, and more. As the author, Sports Illustrated's Jeremy Fuchs, writes, each Olympics is a mishmash of thousands of little stories during a glorious two-week adventure; multiply those thousand stories by 54 Olympic Games over 122 years, and voilï¿½--a collection of sports yarns unlike any other. Like the story of the "missing marathoner" whose official time was 54 years, 8 months, 6 days, 5 hours, 32 minutes, and 20.3 seconds. Or the rower who had to make way for ducklings--literally--yet still managed to win the gold. Or the gymnast who brought his team to victory while fighting through the pain of a broken knee. It's pure pleasure for the sports fan.
If the item details above aren’t accurate or complete, we want to know about it. Report incorrect product info.