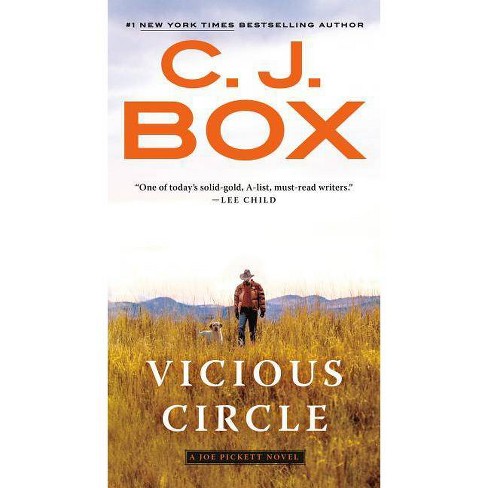 $7.29
MSRP$9.99
no reviews yet
be the first!be the first! ratings
Shipping
Free standard shipping with RedCard
Help us improve this page

"The unexpected, suspenseful turns will keep readers enthralled. Another winner for Box."--Library Journal (starred review) "Bracingly familiar pleasures expertly packaged...first-timers will be intrigued and fans amply rewarded."--Kirkus Reviews "This outing is the most suspenseful yet in this world-class series, setting a new standard for Box."--Publishers Weekly (starred review) "We've noted previously how the fully fleshed family dynamic is one of this series' enduring strengths, and that pays dividends here as we viscerally feel Joe's fear for his loved ones and his powerlessness to protect them. Box masterfully tightens the suspense until we're caught in a vicious circle of our own and unable to stop reading."--Booklist "C. J. Box is back and better than ever."--Providence Journal Praise for Off the Grid

"With this exceptional entry, Box solidifies his place at the upper end of the crime fiction pantheon."--Publishers Weekly (starred, boxed review) "Filled with high suspense, formidable characters, and an action-packed ending more vivid than most movies. Off the Grid never falters as Box again delivers an exceptional thriller."--South Florida Sun-Sentinel

"You can't help turning the pages and holding your breath until you find out where this scary, all-too-plausible caravan is heading."--Kirkus Reviews

"A terrorist thriller with a uniquely western flair...This is a breakneck story that Pickett fans will want to read in one sitting."--Booklist

"Picking up a new C. J. Box thriller is like spending quality time with family you love and have missed....It's a rare thriller series that has characters grow and change. An exciting reading experience for both loyal fans as well as newcomers."--Associated Press "A terrific read yet again from C. J. Box."--Suspense Magazine

"Off the Grid is a warning of sorts in that it shows how U.S. national security is vulnerable to a terrorist attack. It is not only informative, but challenges people's minds as they learn about western culture. To date this might just be one of Box's best."--Military Press

"C. J. Box continues his spectacular roll with the darkly mesmerizing Off the Grid....Pickett and Romanowski have become the gold standard, playing off each other perfectly as different sides of the same coin."--The Providence Journal
If the item details above aren’t accurate or complete, we want to know about it. Report incorrect product info.