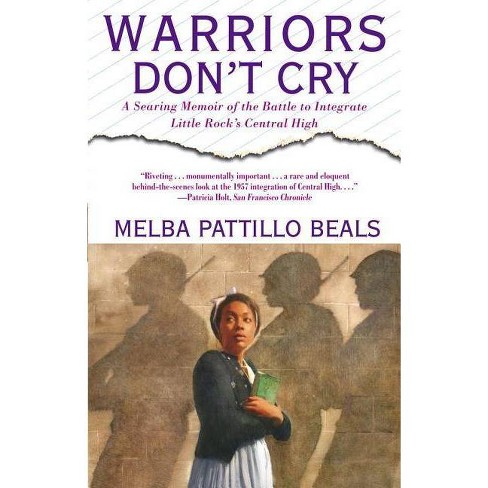 $10.19
MSRP$16.99
no reviews yet
be the first!be the first! ratings
Shipping
Free standard shipping with RedCard
Loading, please wait...
Help us improve this page

The landmark 1954 Supreme Court ruling, Brown v. Board of Education, brought the promise of integration to Little Rock, Arkansas, but it was hard-won for the nine black teenagers chosen to integrate Central High School in 1957. They ran the gauntlet between a rampaging mob and the heavily armed Arkansas National Guard, dispatched by Governor Orval Faubus to subvert federal law and bar them from entering the school. President Dwight D. Eisenhower responded by sending in soldiers of the 101st Airborne Division, the elite "Screaming Eagles" - and transformed Melba Pattillo and her eight friends into reluctant warriors on the battlefield of civil rights. May 17, 1994, marks the fortieth anniversary of the Brown v. Board of Education ruling, which was argued and won by Thurgood Marshall, whose passion and presence emboldened the Little Rock struggle. Melba Pattillo Beals commemorates the milestone decision in this first-person account of her ordeal at the center of the violent confrontation that helped shape the civil rights movement. Beals takes us from the lynch mob that greeted the terrified fifteen-year-old to a celebrity homecoming with her eight compatriots thirty years later, on October 23, 1987, hosted by Arkansas Governor Bill Clinton in the mansion that Faubus built. As they returned to tour the halls of the school, gathering from myriad professions and all corners of the country, they were greeted by the legacy of their courage - a bespectacled black teenager, the president of the student body at Central High. Beals chronicles her harrowing junior year at Central High, when she began each school day by polishing her saddle shoes and bracing herself for battle. Nothing, not eventhe 101st Airborne Division, could blunt the segregationists' brutal organized campaign of terrorism that included telephone threats, insults and assaults at school, brigades of attacking mothers, rogue police, restroom fireball attacks, acid-throwers, vigilante stalkers, economic
If the item details above aren’t accurate or complete, we want to know about it. Report incorrect product info.