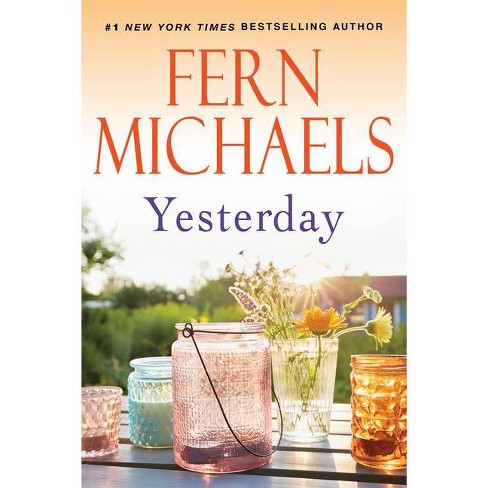 Raised on her father's South Carolina plantation, Callie Parker wanted for nothing, and now she is about to marry wealthy local scion Wyn Archer. But her wedding wouldn't be complete without her three childhood companions. As they all gather to relive the charmed years of their youth, they discover how little they know of their yesterday, and how one woman's darkest secret can tear them apart.

Set in her beloved home state of South Carolina, this classic novel from #1 New York Times bestselling author Fern Michaels tells of four childhood friends whose lives collide once again at a wedding, with unforeseen results...

As children, Callie, Brie, Bode, and Sela shared a rare closeness, the kind that seems destined to last forever. Though their backgrounds could hardly have been more different, none of that mattered when they played together in the grounds of Callie's lavish home. There, they learned about love, loyalty, and forgiveness, never realizing how little they really knew about each other or about Pearl, the woman who was a mother figure to them all.

Callie's upcoming wedding to wealthy local scion Wyn Archer offers an opportunity for a reunion, though reconnecting may not be as straightforward as the bride planned. For Sela, returning to Parker Manor provides a brief escape from her unhappy marriage. Brie is now an ambitious FBI agent, and no longer willing to be Callie's freckle-faced shadow. Bode, an orphan who had been taken in by Callie's father, has reasons for wanting to avoid the event entirely. But despite their misgivings, they'll find themselves back together, confessing to feelings long unspoken, and confronting secrets that may change the rest of their lives...

Raised on her father's South Carolina plantation, Callie Parker wanted for nothing, and now she is about to marry wealthy local scion Wyn Archer. But her wedding wouldn't be complete without the three people she grew up with under the sheltering branches of the angel oaks at Parker Manor.

There's Bode Jessup, part brother and part idol, who has become a wildly attractive man. Next is Brie Canfield, Callie's freckle-faced playmate, now an FBI agent with a life of her own. Last is shy waif Sela Bronson, whose only reason for returning to Parker Manor is to escape an unhappy marriage.

As Callie's childhood companions gather to relive the charmed years they spent together, they discover how little they know of their beloved yesterday...and how one woman's darkest secret can tear them apart.