You're My Little Baby - by Eric Carle (Board Book) 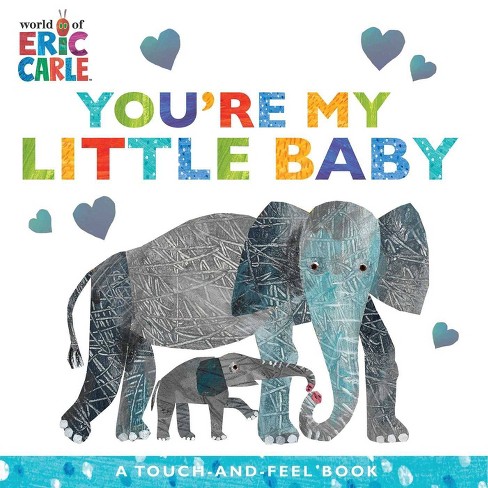 From beloved author-illustrator Eric Carle comes this brand-new interactive board book that features sweet text about baby love and touch-and-feel elements throughout! You're my little bear cub
Both playful and shy
You're my little baby bird
Together we will fly Loving parents throughout the animal kingdom dote on their little babies in this sweet novelty book perfect for showing a baby how they are loved, whether by a parent, grandparent, aunt, uncle, or other caring figure in a child's life. With Eric Carle's classic and colorful artwork and tender text that rhymes, this book is a perfect addition to every Eric Carle collection!

Eric Carle is an internationally bestselling and award-winning author and illustrator of more than seventy books for very young children, including The Tiny Seed, Papa, Please Get the Moon for Me, and his most well-known title, The Very Hungry Caterpillar. Born in Syracuse, New York, Eric Carle moved to Germany with his parents when he was six years old. He studied at the prestigious art school, the Akademie der Bildenden Künste, in Stuttgart, before returning to the United States, where he worked as a graphic designer for The New York Times and later as art director for an advertising agency. The Very Hungry Caterpillar, now considered a modern classic, has sold nearly fifty million copies and has been translated into sixty-five languages. With his late wife, Barbara, Eric Carle cofounded The Eric Carle Museum of Picture Book Art in Amherst, Massachusetts in 2002. Eric Carle lives in the Florida Keys.
If the item details above aren’t accurate or complete, we want to know about it. Report incorrect product info.