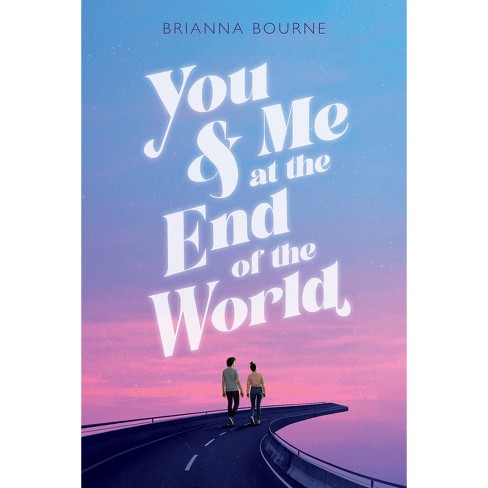 For five days teenager Hannah Ashton has been living a nightmare because Greater Houston is devoid of people and totally silent, but then she finds Leo Sterling, a boy from her school whom Hannah considers to be both hot and trouble; together they set out to explore their city, and their own emotions--but above all they need to find out what has happened to their world, or risk being separated forever.

This is no ordinary apocalypse...

Hannah Ashton wakes up to silence. The entire city around her is empty, except for one other person: Leo Sterling. Leo might be the hottest boy ever (and not just because he's the only one left), but he's also too charming, too selfish, and too much of a disaster for his own good, let alone Hannah's.

Stuck with only each other, they explore a world with no parents, no friends, and no school and realize that they can be themselves instead of playing the parts everyone expects of them. Hannah doesn't have to be just an overachieving, music-box-perfect ballerina, and Leo can be more than a slacker, 80s-glam-metal-obsessed guitarist. Leo is a burst of honesty and fun that draws Hannah out, and Hannah's got Leo thinking about someone other than himself for the first time.

Together, they search for answers amid crushing isolation. But while their empty world may appear harmless . . . it's not. Because nothing is quite as it seems, and if Hannah and Leo don't figure out what's going on, they might just be torn apart forever.

Praise for You & Me at the End of the World

An altogether lovely book about human connection and taking second chances--even when they might come on the heels of an apocalypse. A stellar debut. --Emily Henry, New York Times bestselling author of A Million Junes and Beach Read

Brianna Bourne is author of You & Me at the End of the World. When she's not writing, she works as a stage manager for ballet companies around the world. Originally from Texas, Brianna grew up in Indonesia and Egypt and now lives in England with her rock musician husband and their two daughters. You can find out more about her at briannabournebooks.com.
If the item details above aren’t accurate or complete, we want to know about it. Report incorrect product info.