Your Own Worst Enemy - by Gordon Jack (Hardcover) 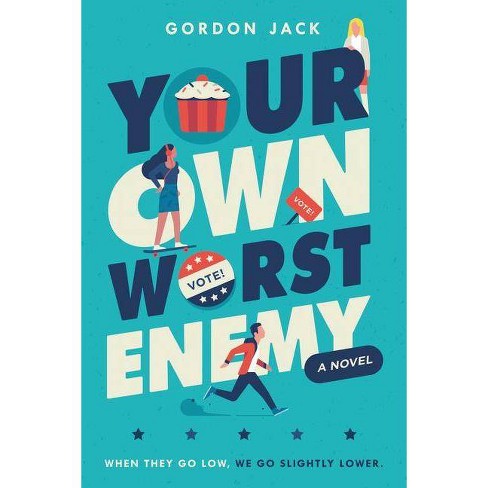 $11.59
MSRP$17.99
no reviews yet
be the first!be the first! ratings
Shipping
Free standard shipping with RedCard
Loading, please wait...
Help us improve this page

For fans of Andrew Smith and Frank Portman and the movies Election and Ferris Bueller's Day Off comes a hilarious and satirical novel about the highs and (very low) lows of the electoral process, proving that the popular vote is the one that matters most.

Stacey also didn't count on Tony Guo, resident stoner, whose sole focus is on removing the school's ban of his favorite chocolate milk, becoming the voice of the little guy, thanks to a freshman political "mastermind" with a blue Mohawk.

Three candidates, three platforms, and a whirlwind of social media, gaffes, high school drama, and protests make for a ridiculously hilarious political circus that just may hold some poignant truth somewhere in the mix.