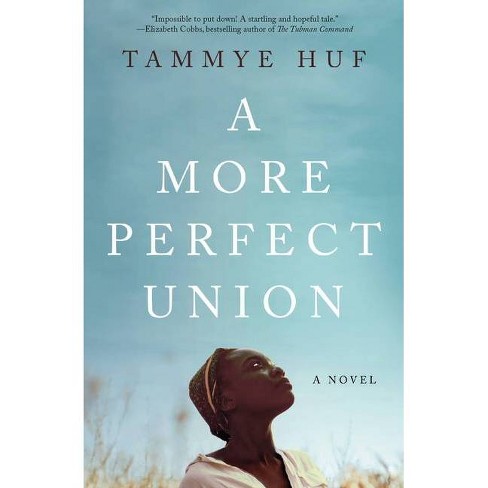 "When Henry O'Toole escapes the Irish famine and sails to America, he doesn't expect the anti-Irish prejudices that await him. Determined to never starve again, he changes his name to Henry Taylor to secure a job and safeguard his future. Travelling south to Virginia, he meets Sarah, a slave woman torn from her family and sold to another plantation. There she must navigate the power system of the white masters as well as the hierarchy of her fellow slaves. Even though Henry's white skin represents the oppression Sarah suffers under, and even though having Sarah at his side would force Henry to abandon his hopes of prosperity, their attraction is undeniable. They soon fall in love, but in 1849 on a Virginian plantation, interracial love is considered an illegal abomination. No matter how much they want to be together, Sarah is trapped on Jubilee Plantation and owned by another man"--

Inspired by true events, A More Perfect Union is an epic story of love and courage, desperation and determination, and three people whose lives are inescapably entwined... Henry O'Toole sails to America in 1848 to escape the famine in Ireland, only to face anti-immigrant prejudice. Determined never to starve again, he changes his surname to Taylor and heads south to Virginia, seeking work as a traveling blacksmith on the prosperous plantations. Torn from her home and sold to Jubilee Plantation, Sarah must navigate its intricate hierarchy. And now an enigmatic blacksmith is promising her not just the world but also her freedom. How could she say no? Enslaved at Jubilee Plantation, Maple is desperate to return to her husband and daughter. With Sarah's arrival, she sees her chance to be reunited at last with her family--but at what cost?

"A memorable tale of love and freedom."--Publishers Weekly

"Impossible to put down! A startling and hopeful tale."
--Elizabeth Cobbs, bestselling author of The Tubman Command

Tammye Huf grew up in California, before moving first to Germany and then to the UK with her husband and their three children. In more normal times, she still returns to the US regularly to catch up with friends and family. She has worked as a teacher, translator and copywriter and has published stories in Diverse Stories Quarterly, The Forge, Ginosko Literary Journal, The Storyteller, Necessary Fiction, New Plains Review and The Penman Review. She was runner-up in the 2018 London Magazine Short Story Prize.
If the item details above aren’t accurate or complete, we want to know about it. Report incorrect product info.