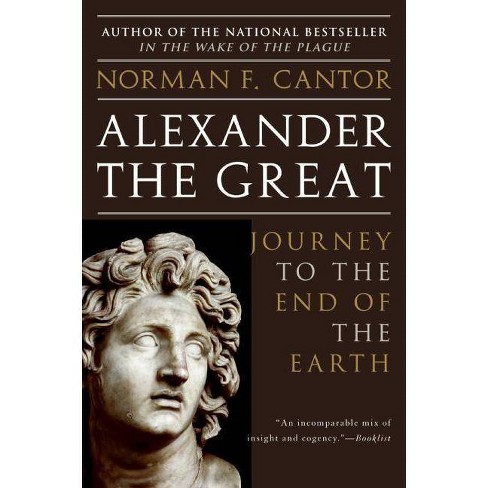 In this succinct portrait of Alexander the Great, distinguished scholar and historian Norman Cantor examines the military conquests and personal life of this legendary ruler. Drawing on the writings of Alexander's contemporaries, along with current psychological and cultural studies, Cantor shows Alexander as he was -- a great figure in the ancient world whose puzzling personality fueled his military accomplishments.

Cantor delves into Alexander's ambiguous relationship with his father, Philip II of Macedon; his oedipal involvement with his mother, the Albanian princess Olympias; and his bisexuality. He traces Alexander's attempts to bridge the East and West, using Achilles, hero of the Trojan War, as his model. Finally, Cantor explores Alexander's view of himself in relation to the pagan gods of Greece and Egypt. More than a biography, Norman Cantor's Alexander the Great is an insightful psychological rendering of an extraordinary man. Norman F. Cantor (1929-2004) was professor emeritus of history, sociology, and comparative literature at New York University. His many books include the New York Times best-seller In the Wake of the Plague, Antiquity, The Civilization of the Middle Ages, Medieval Lives, and Inventing the Middle Ages, which was nominated for a National Book Critics Circle Award.
If the item details above aren’t accurate or complete, we want to know about it. Report incorrect product info.