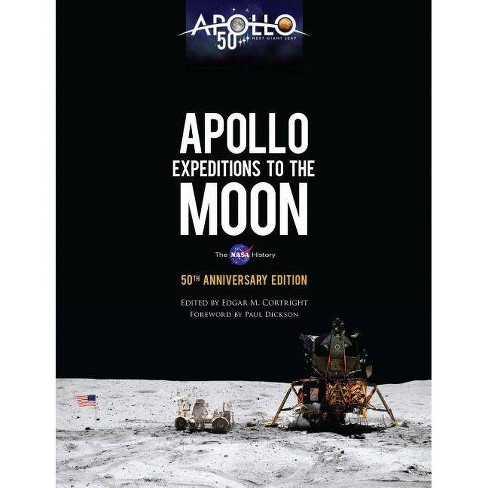 This special edition of Apollo Expeditions to the Moon, an official NASA publication, commemorates the fiftieth anniversary of the July 20, 1969, Moon landing with a thrilling insider's view of the space program. Essays by participants -- engineers, astronauts, and administrators -- recall the program's unprecedented challenges. Written in direct, jargon-free language, this compelling adventure features more than 160 dazzling color photographs and scores of black-and-white illustrations.
Insights into management challenges as well as its engineering feats include contributions from Michael Collins, Buzz Aldrin, Alan Shepard, and other astronauts; NASA administrator James E. Webb; Christopher C. Kraft, head of the Mission Control Center; and engineer Wernher von Braun. Their informative, exciting narratives explore the issues that set the United States on the path to the Moon, offer perspectives on the program's legacy, and examine the particulars of individual missions. Journalist Robert Sherrod chronicles the selection and training of astronauts. James Lovell, commander of the ill-fated Apollo 13, recounts the damaged ship's dramatic return to Earth. Geologist and Apollo 17 astronaut Harrison Schmitt discusses the lunar expeditions' rich harvest of scientific information. These and other captivating firsthand accounts form an ideal introduction to the historic U.S. space program as well as fascinating reading for all ages.
This new expanded edition includes a chronology of the Apollo project, additional photographs, and a new Foreword by historian Paul Dickson that offers a modern retrospective of the Moon landing, discussing its place in the world of space exploration and its impact on American history and culture.

Edgar M. Cortright, former Director at NASA's Langley Research Center, was cited by the National Academy of Engineering for his innovative leadership in aerospace research and development.
Paul Dickson is a Washington-based freelance writer who has addressed many topics, including space exploration, the vagaries of language, and the history of baseball.
If the item details above aren’t accurate or complete, we want to know about it. Report incorrect product info.