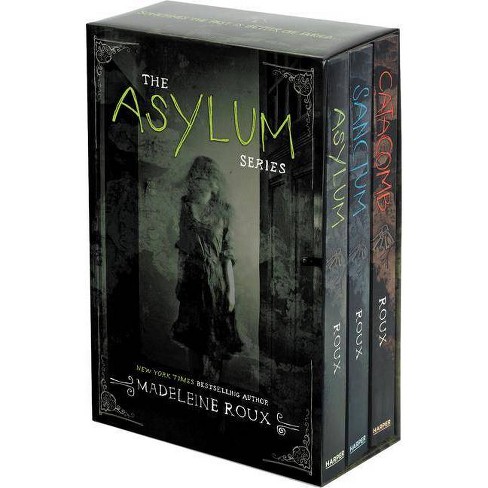 Sometimes the past is better off buried...

In Asylum, sixteen-year-old Dan discovers that his summer-program dorm used to be a psychiatric hospital--and that it's filled with secrets linking Dan and his new friends to the asylum's dark past.

In Sanctum, when Dan, Abby, and Jordan receive anonymous photos of an old carnival inviting them back to the asylum, they return to end the nightmare once and for all.

In Catacomb, the three friends embark on a senior road trip to New Orleans, but with a mysterious group known as the Bone Artists on their trail, they will be lucky to make it out of the trip alive...

Featuring found photographs from real asylums and filled with chilling mystery and page-turning suspense, the Asylum series treads the line between past and present, genius and insanity.