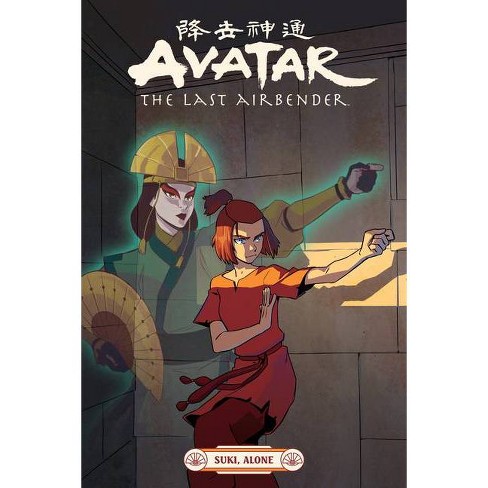 Even a Kyoshi Warrior can find herself in trouble. Suki is captured by the Fire Nation and brought to the Boiling Rock, a grim prison in the middle of a dormant volcano. Separated from Team Avatar and her Kyoshi Warrior sisters, she decides to build her own community among other prisoners. But it's going to take more than an encouraging word to build trust among so many frightened people. Suki will need to draw on all her resources to do it, and even that might not be enough. Enjoy all-new material from Faith Erin Hicks (The Nameless City; The Adventures of Superhero Girl) and Peter Wartman (Stonebreaker), with colors by Adele Matera. Written in consultation with original series writer Tim Hedrick!

Faith Erin Hicks is a writer and artist living in Vancouver, Canada. Her previously published works include Friends with Boys, The Last of Us: American Dreams (with Neil Druckmann), The Adventures of Superhero Girl, The Nameless City trilogy, Pumpkinheads (with Rainbow Rowell), One Year at Ellsmere and the YA novel Comics Will Break Your Heart. She has won two Eisner Awards, for Superhero Girl and the third Nameless City book, The Divided Earth.
If the item details above aren’t accurate or complete, we want to know about it. Report incorrect product info.