Avatar: The Last Airbender--Katara and the Pirate's Silver - by Faith Erin Hicks (Paperback) 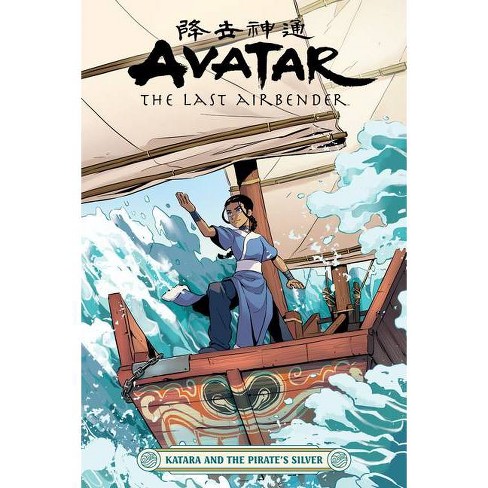 It's sink or swim for Katara! When Team Avatar is suddenly ambushed by the Fire Nation, Katara gets separated from the group. Unable to rendezvous with Aang, Toph, and Sokka, Katara must avoid capture by aligning herself with some unlikely allies! The normally sweet and sensitive Katara will need to explore her tougher side if she's going to reunite with the rest of Team Avatar.... Written by Faith Erin Hicks (The Adventures of Superhero Girl, The Nameless City) and drawn by Peter Wartman (Stonebreaker), with colors by Adele Matera and letters by ComiCraft's Jimmy Betancourt, in collaboration with Avatar: The Last Airbender animated series writer Tim Hedricks!

Faith Erin Hicks is a writer and artist living in Vancouver, Canada. Her previously published works include Friends with Boys, The Last of Us: American Dreams (with Neil Druckmann), The Adventures of Superhero Girl, The Nameless City trilogy, Pumpkinheads (with Rainbow Rowell), One Year at Ellsmere and the YA novel Comics Will Break Your Heart. She has won two Eisner Awards, for Superhero Girl and the third Nameless City book, The Divided Earth.
If the item details above aren’t accurate or complete, we want to know about it. Report incorrect product info.