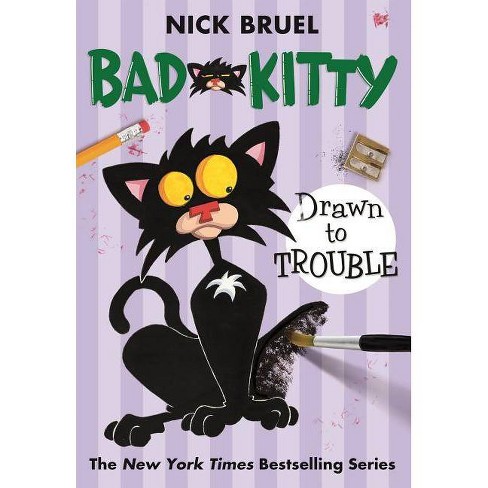 undefined out of 5 stars with 0 reviews
be the first!be the first! ratings
Format Paperback (Reprint)

Author/illustrator Nick Bruel tries to explain to the reader how to write a story, but Bad Kitty is not at all happy about the plot, which has her going on a turnip diet to lose weight. Includes a recipe for roasted turnips.

In this seventh installment of the New York Times-bestselling series, Kitty encounters what may be her most formidable foe yet: her creator! Kitty soon learns that feline manipulation works both ways--especially when you're at the wrong end of your author's pencil. Along the way, Nick shows kids how a book is created, despite the frequent interruptions from you-know-who.

"Bruel's sky's-the-limit attitude will encourage boys and girls to use their imaginations and get writing." --Booklist "In this seventh installment in the series, readers are introduced to the process of writing and illustrating a book in a fun and humorous way." --School Library Journal

Nick Bruel is the author and illustrator of New York Times bestseller Boing and the phenomenally successful Bad Kitty picture books and chapter books, among others. He is a freelance illustrator and cartoonist who received the 2012 CBC Children's Choice Book Award, as well as several major state awards for his work. During his down time, he collects PEZ dispensers and grows tomatoes in the backyard. He lives in Tarrytown, NY with his wife Carina and their lovely cat Esmerelda.
If the item details above aren’t accurate or complete, we want to know about it. Report incorrect product info.