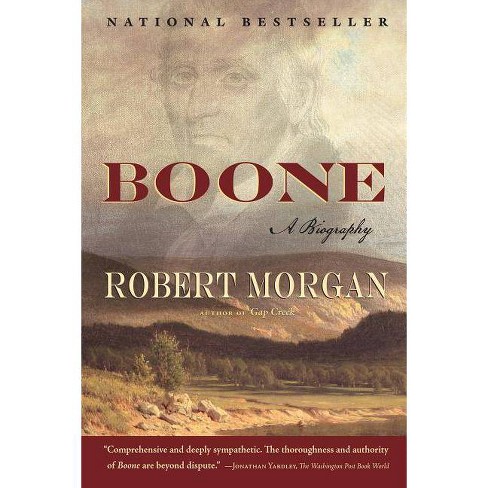 The story of Daniel Boone is the story of America--its ideals, its promise, its romance, and its destiny. Robert Morgan reveals the complex character of a frontiersman whose heroic life was far stranger and more fascinating than the myths that surround him. Particular events define a life that becomes legend. For George Washington it was the winter at Valley Forge. For Benjamin Franklin it began with a key on a kite string. For Daniel Boone it was finding his way through the wilderness to that narrow mountain gap into Kentucky in 1769, guaranteeing that the nation about to be born would extend to the west. In this rich, authoritative biography, Robert Morgan offers a wholly new perspective on a man who has been an American icon for more than two hundred years--a hero as important to American history as his more political contemporaries Washington and Franklin. Born in 1734 in Pennsylvania to English Quaker colonists, Daniel Boone led hundreds of settlers west over the Cumberland Gap into Kentucky and the Ohio Valley, and, finally, to Missouri, where he died penniless at the age of eighty-six, having lost his holdings to lawyers and politicians and better businessmen. Morgan reminds us that Boone was more than a trailblazer: he fought in the French and Indian War and in the American Revolution; he served in the Virginia Legislature; he was a Freemason; he was a settler, landowner, and sometime surveyor; and his reverence for life in the wilderness inspired Romantic writers like Wordsworth, Bartram, Byron, Whitman--inspired Romanticism itself. Boone was the first great American frontier hero--he cherished the land, and while he wanted to settle it, he also longed to conserve its wildness. Almost alone among his fellow settlers, Daniel Boone revered, studied, and emulated the Native American way of life, especially in the preservation of land resources. But his own claim for himself was much simpler: "I am a woodsman." Robert Morgan's Boone sets the reader squarely down in those eighteenth-century American woods to meet a living, breathing Daniel Boone, ultimate American pioneer, dreamer, visionary.
If the item details above aren’t accurate or complete, we want to know about it. Report incorrect product info.