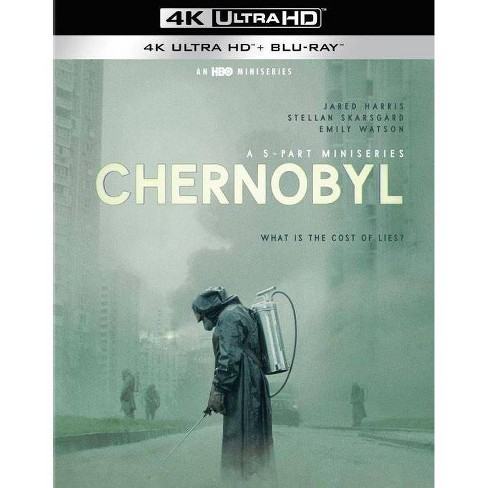 $44.99
new at target¬
undefined out of 5 stars with 0 reviews
be the first!be the first! ratings
Help us improve this page

Chernobyl, a five-part miniseries co-production from HBO and Sky, dramatizes the story of the 1986 nuclear accident, one of the worst man-made catastrophes in history — and of the sacrifices made to save Europe from unimaginable disaster.


On April 26, 1986, the Chernobyl Nuclear Power Plant in Ukraine, Soviet Union suffered a massive explosion that released radioactive material across Belarus, Russia and Ukraine and as far as Scandinavia and western Europe.


Jared Harris portrays Valery Legasov, a leading Soviet nuclear physicist. As part of the response team, he was one of the first to grasp the scope of the unparalleled disaster that occurred. Stellan SkarsgaÌŠrd plays Soviet Deputy Prime Minister Boris Shcherbina, who is assigned by the Kremlin to lead the government commission on Chernobyl in the hours immediately following the accident. Emily Watson portrays Ulana Khomyuk, a Soviet nuclear physicist committed to solving the mystery of what led to the Chernobyl disaster.