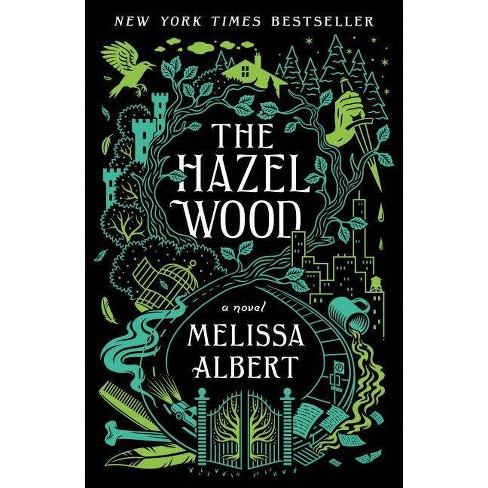 $7.69
4 out of 5 stars with 3 reviews
33 ratings
Shipping
Free standard shipping with RedCard
Loading, please wait...
Help us improve this page

2 out of 5 stars
Would not recommend
Rottgrl88 - 9 months ago
Well. What can I say? This book was such a thrilling ride? No, not really. This book was my new favorite read of 2019? Absolutely not! This novel was exactly how I thought it would be and I am glad that I picked it up even though there were so many mixed reviews that had deterred me for a while? No, no, no, no, no, no, no!!!!!! (Was that a few no's too many? Yeah, I think so too. But just trying to mimic the author. Seeing as she loved to overuse words and over explain EVERYTHING! ) Where to begin with this. First off, let's start with the positives. The idea of this story, the overall premise a.k.a big picture, was creative. It does take a large amount of gusto to be able to put yourself out there and put your ideas onto printed paper for the world to see and to be judged. I congratulate the author for pushing through and making a passion of hers come to life. I think the author did her best to try to create a fantasy story that spoke to her in a way that she thinks would help inspire others. I tackled this novel as a buddy read which helped make it more tolerable even though it took way longer to read then anticipated. Unfortunately, this is all the positive that I can claim. It goes down from here. From the get go and the first five-ish chapters, I was given the illusion that this was comparable to Inkheart. The author gave a whimsical and dark, mystery involving a recluse grandmother/author to our main character, Alice. Along side her mother, Ella, they are constantly running and hiding from "something", which we are never given much introduction to in the beginning. We as the reader are told that the one book that was published for Alice's Grandmother, Althea, is no longer in publication. No one has seen Althea in the longest time and she has not been in contact with Ella or Alice. As the story progresses, we are met with numerous side characters that play minor roles in the story and to me felt more like filler. There was a complete lack of substance with this novel and the execution was far below my expectations. This author's writing style is not for me at all. She is constantly over explaining everything to the point that you have no idea what she is saying. She had on too many occasions repeated words in excess to where I felt she was trying to meet some sort of minimum word requirement for the publisher. A majority of this book is nonsensical and redundant. I almost felt that the author was trying to sound far more superior and intellectual with the words she was choosing. Which in turn made me feel as though the author didn't care enough about the reader's intellect and I was insulted. There are a few excerpts of the "story" that supposedly Althea wrote, that the author has displayed within the novel. These I felt were filler as well and didn't provide any substance to the story. The stories themselves, while creative, were on a darker level than I would have liked for a fantasy novel. Almost read like a horror/slasher screenplay with a Tim Burton direction. I didn't enjoy any of the characters. One thing that really bothered me, character wise, was that even though Alice and her mother seemed to have a great relationship and was stated as fact on the page; Alice constantly referred to her mother by her first name. To me this shows a complete lack of respect on the child's part and it never made sense to me why the author chose this character trait for Alice. The two star rating is due to the fact that there were no grammatical errors or typos present in the book and for the author publishing a creative idea. I will say that I also did appreciate the small illustrations present with every chapter beginning in this novel but it wasn't enough to save the story. The ending to this novel, in my opinion, was very slopping and not to my liking. I can honestly say that I am disappointed and will not be continuing with the series and I wouldn't recommend it.
4 guests found this review helpful. Did you?
Report review