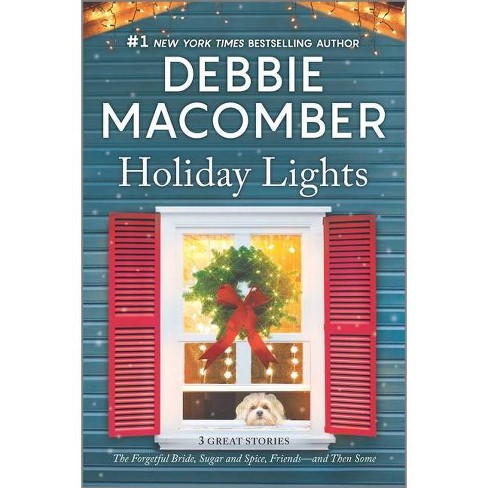 Curl up with three heartwarming stories and let the spark of romance brighten the holiday season THE FORGETFUL BRIDE Caitlin Marshall is stuck spending the holidays with Joe Rockwell. Her childhood friend is still a terrible tease, claiming that he and Cait are married. Oh, sure, they had a pretend ceremony when she was eight--but now it would seem that Joe wants to make their relationship into something real. SUGAR AND SPICE Librarian Jayne Gilbert needs a man she can bring to her high school reunion. So, naturally, Jayne turns to a book: How to Pick Up a Man. And it works, even if she attracts the attention of good-looking Riley Chambers only because she's carrying that book, not because she followed its advice! FRIENDS--AND THEN SOME Lily Morrissey decides it's time to find a husband, preferably one who can look after her. It's a strictly practical decision, so she enlists the help of her best friend, Jake Carson, in the Great Husband Search. But then Lily's feelings for Jake start to change... Could they become more than friends?
If the item details above aren’t accurate or complete, we want to know about it. Report incorrect product info.